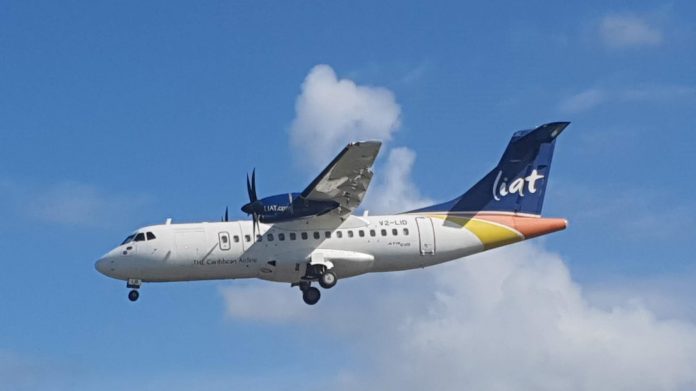 It’s been 19 months since former employees of regional carrier LIAT were placed on the breadline, but, to date, they are still awaiting their severance.

The airline’s operations folded last year shortly after the Covid-19 pandemic affected the region – and there have since been several offers put forward for the ex-workers to consider.

The most recent was a 50 percent compassionate payment of the amount owed through severance and other benefits by Prime Minister Gaston Browne. But that offer was previously refused by several unions representing the former employees.

But, following a meeting last month, representatives from the Leeward Islands Airline Pilots Association (LIALPA) showed a willingness to reach an agreement. Those discussions however also seem to be at a standstill, despite what both parties believed was a successful meeting.

This prompted PM Browne to call out the trade unions for “unreasonable demands” in regard to the monies owed to the workers.

Arian Blanchard, the Barbados Executive Member for LIALPA, has sought to bring some clarity to the situation and explained that although there was a clearer understanding for the executive at last month’s meeting, they cannot take this new offer back to their members to decide upon until proper documentation has been provided.

“We are a very responsible and caring executive. We are exploring all avenues to get the details that we needed to clarify within this proposal and we did so, but we cannot go back to our members and say ‘the prime minister said’; that is hearsay.

“We have to have this in the proposal so we can take it back to our members at which point the members would make their decision to accept the offer, but we have to have that document,” Blanchard explained on Observer AM yesterday.

She added that if the matter is not addressed in ample time, and if many of these former workers do not gain employment soon, the region runs the risk of a brain drain as many skilled pilots and engineers will eventually venture out of the Caribbean to get work.

President of LIALPA, Patterson Thompson, aired his frustration over what he considers to be blatant disrespect by major shareholders and a lack of action.

Thompson said PM Browne cannot do this alone and that other prime ministers of the shareholder governments, to include Barbados’ Mia Mottley and St Vincent and the Grenadines’ Ralph Gonsalves, need to step up too.

“If you don’t want to join together with Mr Browne’s efforts then what can you do for us down there, you and Mr Gonsalves, and that is the issue. We talking about slavery and we went back 400 years; this happened in 2020, charity begins at home. Let us come together as a Caribbean and deal with the problem,” Thompson declared.

He shared that with the ongoing Covid pandemic, the former workers understand that things cannot happen right away, but said there could be some commitments made over a period of time.

“If you pay the money, maybe over two or three years, I may be able to live with that but just to cut us off at the knees, at the ankles, at the soles of our feet. We have served the countries, all of us, not only Bajans, not only Antiguans; it was Grenadians, it was Vincentians, St Lucians, Kittitians, Trinis, Guyanese,” he added.

Spencer said it had been a tough 19 months as many former staff are still unemployed and cannot pay some of their bills.

“I speak to a lot of members all the time, and mentally it is taxing because most people would be responsible for their family and in some cases, there are people that both of the breadwinners were employed by LIAT.

“So, in that context, I can just tell you right now, I don’t know how I am making it but I am making it and I can’t imagine how it is for some of my other colleagues as well,” she said.

Meanwhile, Thompson also responded to critics who say that LIALPA should take some of the blame for the closure of LIAT 1974 Ltd and for the failure of previous negotiations.

He not only denied such an accusation, but instead blamed management for several irresponsible decisions he said had contributed to the folding of the business.

“LIAT has made mistakes over a period of time. I am sick of these people running with nonsense that has been fed out there because they don’t want people to stand up and talk.

“The biggest problem with LIAT is that there was always political interference into the airline. It was never allowed to run as an airline business and that is the point,” Thompson added.

The airline, which is owned by the governments of Antigua and Barbuda, Barbados, Dominica, and St Vincent and the Grenadines, owes millions of dollars in severance and other entitlements to terminated workers across the region.