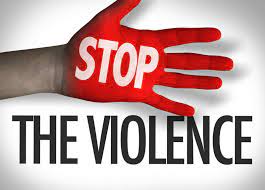 Officials from the Ministry of Education are set to meet with law enforcement personnel today, to discuss ways to address the recent spate of violence among youth, including schoolchildren, sweeping the nation.

There have been at least six reported incidents of violence involving youth since the school term began in September, some resulting in students being badly injured, but fortunately none have resulted in fatalities.

Some of the incidents have apparently been gang-related, and the government addressed the issue last week, saying it intends to work with the necessary personnel to curb the prevalence of the attacks and bring the nation back to a semblance of peace.

Ahead of today’s meeting, Education Director Clare Browne reiterated the sentiment expressed by dozens of educators regarding the challenge they face, saying the ministry is very concerned and calling on parents to take greater responsibility for their children’s actions.

Church officials have also called on society as a whole to work together to arrest the escalation of violence, with Head of the Prison Visiting Committee, Bishop Charlesworth Browne, saying parents need to do more to ensure their children are not becoming involved in gang activities.

Meanwhile, the police are also of the view that the surge in violence is a result of some parents failing to provide proper support and nurturing to their children.

A statement from police yesterday said a lack of involvement on the part of some parents in the lives of the nation’s youths is reprehensible and should no longer be tolerated.

The police also urged members of the public to get involved and report any suspicious gatherings or disorderly behaviour among young people without delay.