The nation will be going to the polls to vote on whether we accede to the Caribbean Court of Justice (CCJ) as our final appellate court, or whether we retain the Privy Council.  The referendum, set for November 6, 2018, will make that determination and one would expect that the question to be asked on the ballot paper would reflect the core issue and be so clear that it would be unambiguous to any reader.  But that is not the case.
The question that the public will be asked on November 6 will be: “Do you approve the Constitution Referendum (Amendment) Bill 2018 for an Act proposing to alter the Constitution of Antigua and Barbuda.”  Not a single mention of the CCJ and not a single mention of the Privy Council.  To our minds, this question is rather vague, non-topical and confusing!  After all, who has read the “Constitution of Antigua and Barbuda (Amendment) Bill, 2018” or knows that the proposed constitutional amendments within that Bill will allow for the switch? Take it one step further, how many people have read the Constitution of Antigua and Barbuda to understand what the Bill references?
We bet that if we were to approach 100 people at random and ask them if they have read the Act, over 90 percent will say “no.”  If we were to ask if they’d read the 16-page Act and understood all the legal verbiage, we bet the percentage would go up. So, how can you ask the average voter, who has (very likely) not read the Act, to vote on it?  How can you ask a person to vote on something that they may not understand? We will do our part by posting the Act on antiguaobserver.com for easy reference, but we doubt that many people will take the time to download and read.
So, come November 6, the government will ask voters to answer a question that the vast majority of people are unqualified to answer, simply because they have not read the Act, do not know what is in the Act, and/or do not understand all the lengthy, complicated legal language contained in the Act.  Considering all of that, we have to ask the question, “why?”  It reminds us of the fine print in the terms and conditions for some websites. How many people just click “I agree” without reading, only to find out that they have signed over their privacy for the site to use as it likes.  Why buy the CCJ in the fine print?
If we contrast that question to the question asked in the most talked about referendum in recent times, we will see a stark difference in the clarity of the question.  Of course, we are talking about the Brexit referendum, which asked the British people whether the United Kingdom should remain a member of the European Union or leave the European Union?   Much like the decision we are about to make as a nation, the question was: “Should the UK stay or go? The difference is that that was literally the question on the ballot paper.  The UK Brexit referendum question was, “Should the United Kingdom remain a member of the European Union or leave the European Union?”  There were two boxes to place an “X” to indicate your selection.  One adjacent to “Remain a member of the European Union” and another, on a different line, adjacent to “Leave the European Union.”  Clear, concise and unambiguous language to anyone in the voting booth.
Our question could be considered a mere variant of that ‘stay or go’ question that was posed to the British people: “Should Antigua and Barbuda stay with the Privy Council or accede to the CCJ as our final court of appeal.”  That certainly would be clear, concise and unambiguous to anyone in the voting booth but for some reason, those who crafted the very question for Antigua and Barbuda decided that the people should answer a vague, ambiguous question that few would be truly qualified to answer.
For example, did you know that the Bill which you will be asked to vote on seeks to alter Sections 18, 21, 47, 120, and 127 of the Constitution.  It also will insert a chapter heading, repeal and replace section 122 and insert sections 112A and 112B. We are willing to bet that people do not even know what is contained in those sections in the Constitution let alone, how they are going to be altered in the Amendment – The Amendment that they will be voting on come November 6.  How do you vote on something that you know little about?
Did you also know that under Part V, Other Alteration, section 16 talks to the “Alteration of Part II of Schedule I to the Constitution”?  It states that, (1) Part II of Schedule I to the Constitution is repealed and replaced by the following – “(ix) sections 4,5 (except subsection (1)), 6, 8(3), 11, 18 or 19.”  In subsection (2), it states, “Without prejudice to subsection (1)- (a) a measure to raise the age of retirement of a Judge of the Court of Appeal or of the High Court Shall not need to be approved on referendum. (b) a measure to alter any provisions of the Supreme Court Order to substitute for the expression “Puisne Judge” the expression “High Court Judge” shall not need to be approved on a referendum.”
This is just a small taste of what you are voting on in the upcoming referendum.  It is so much more that just CCJ and Privy Council; it is everything contained in the Amendment.  So, if you want to participate in our democracy and make an informed choice, make sure you take the time to read all that is in the Act that will alter the Constitution of Antigua and Barbuda and our legal system.  Ensure that you are comfortable with the decision that you will make, and do not rely or trust other people to make it for you.
We invite you to visit www.antiguaobserver.com and give us your feedback on our opinions. 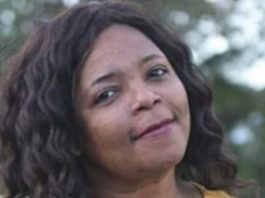 Parents are fed up of me 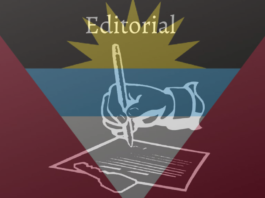 They have found religion 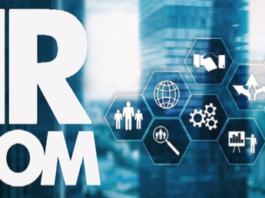