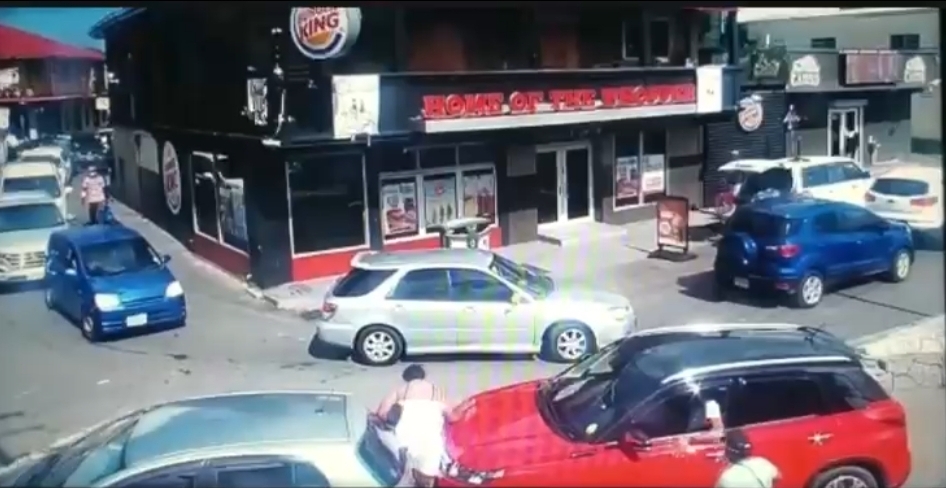 Police are presently investigating three recent incidents where persons in St. John’s were struck by vehicles.

And head of the Traffic Department, Superintendent Rodney Ellis told Observer that two individuals, from separate incidents are likely to be charged.

The two incidents of which someone is likely to be charged include one which occurred on April 13 where 61-year-old, Elpa Perez, was reportedly crossing the road when she was hit on Joseph Lane.

She is said to still be in the Intensive Care Unit at the Mount St. John’s Medical Centre.

The second, seen in a video which Ellis said transpired a few days ago, shows an individual striking a woman as she attempted to pass between two vehicles stuck in heavy traffic on Market Street.

Ellis is unsure of what the outcome may be for the incident which occurred on April 14 where multiple people were injured after being mowed down by a minivan on Market Street.

According to reports, that driver had just exited the Fisheries Complex, and was having a seizure.

The top Traffic Cop cautioned residents to adhere to the speed limits and avoid distractions.

He urged the public saying, “Of course, we must follow the speed limit. Anything in the city is 15 miles an hour. Once you follow the speed limit, we should minimise these kinds of collisions in the city; and stay off the cellphones. Those are distractions. Most of these collisions that we are getting are because the drivers are distracted or not paying attention. That’s what causes most of the collisions in the country.” He further shared that for this year alone, 87 persons have been ticketed for using their cellphones while driving – 17 in January, 50 in February and 20 in March.