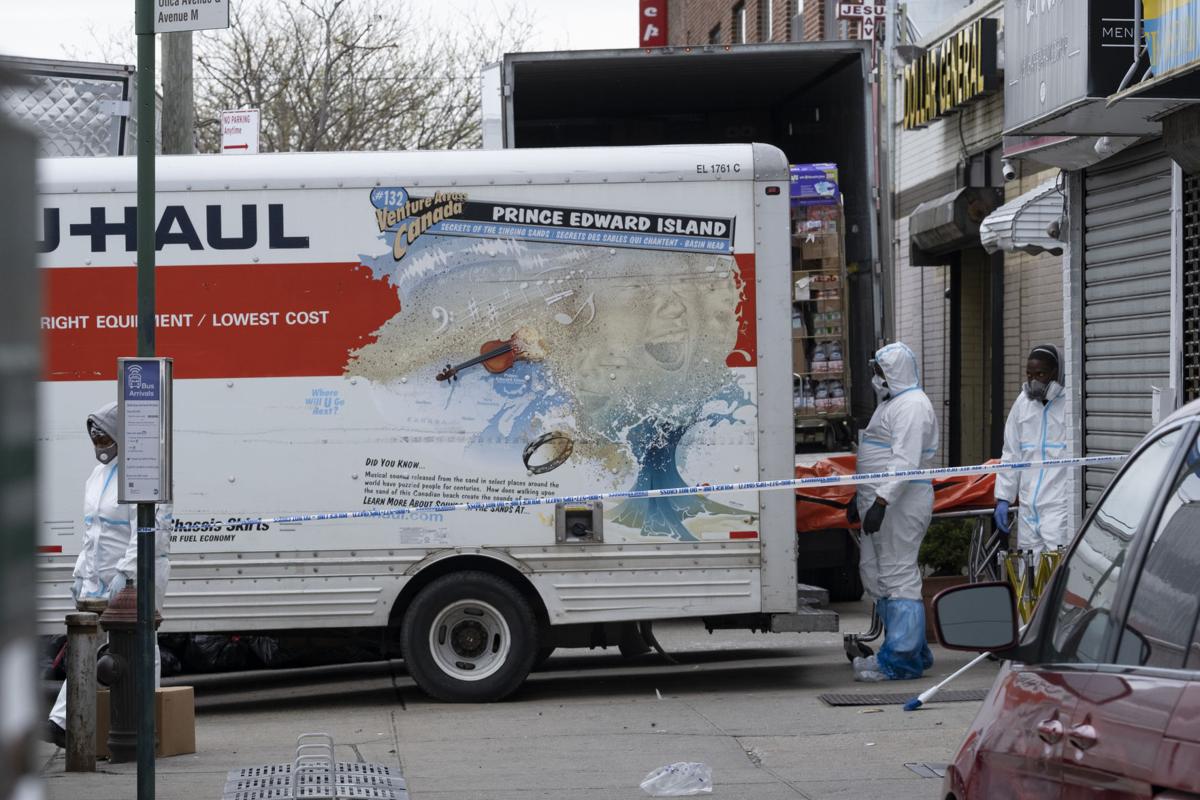 By The New York Times

The call came in at shortly after 11 a.m. on Wednesday: A terrible stench was coming from a pair of trucks parked outside a funeral home on Utica Avenue in Brooklyn.

When the police arrived, they made a gruesome discovery. Inside the trucks — a U-Haul rental and what seemed to be a tractor-trailer — were several dozen decomposing bodies.

The New York State Department of Health, which regulates funeral homes, was also called to the scene, in the borough’s Flatlands section, to determine whether the funeral home was handling the remains appropriately, and it issued two summonses, according to a law enforcement official briefed on the investigation.

The spectacle of dead New Yorkers left to decay in broad daylight in rental trucks on a crowded street in Brooklyn underscored the scale of challenge facing the city as it tries to absorb the effects of the coronavirus pandemic. More than 17,000 people in New York City have died so far from Covid-19, the disease caused by the virus.

Mayor Bill de Blasio on Thursday morning described the discovery of the bodies as a “horrible situation” that was “absolutely unacceptable.”

“They have an obligation to the people they serve to treat them with dignity,” he said of funeral homes. “I have no idea in the world how any funeral home could let this happen.”

Eric L. Adams, the Brooklyn borough president, said that he arrived at the Andrew T. Cleckley Funeral Home around 5:15 p.m. on Wednesday and found police officers and other investigators had sealed off the streets like a crime scene and were examining the tractor-trailer and the U-Haul.

“It appears the truck was full,” Mr. Adams said. “They were trying to use U-Haul as a backup.”

He added, “This is traumatizing to family members.”

Howard Zucker, the state health commissioner, said on Thursday that the Health Department had not received complaints about the funeral home in the past. He added that the agency was now investigating the business, which could face fines or have its license suspended. The Brooklyn district attorney’s office is also looking into the incident, a spokesman, Oren Yaniv, said.

The owner, Andrew T. Cleckley, said in an interview on Thursday that, like other funeral directors in New York, he had been overwhelmed by the relentless tide of bodies during the pandemic. Mr. Cleckley said he had used the trucks for overflow storage, but only after he had filled his chapel with more than 100 corpses.Sign up to receive an email when we publish a new story about the coronavirus outbreak.Sign Up

“I ran out of space,” he said. “Bodies are coming out of our ears.”

State officials did not make clear what civil or criminal penalties Mr. Cleckley would face for allowing decedents entrusted to his care to decompose. Under state regulations, funeral directors are required to store bodies awaiting burial or cremation in appropriate conditions that prevent infection to others.

Throughout the coronavirus outbreak, New York City’s death care system — its hospital mortuaries, cemeteries, crematories and city-run morgues — has been under an extraordinary strain, as beleaguered workers have tried to grapple with the single worst mass casualty event to hit New York since the Spanish flu pandemic of a century ago.

Funeral directors have been caught between the onslaught of bodies pouring out of hospitals and nursing homes and the backlogs that make them unable to cremate or bury people quickly. Some funeral homes have had to use refrigerated trailers, like those that the city has provided to hospitals around New York.

But Mr. Cleckley said his parlor had been unable to purchase a refrigerated trailer because of shortages.

Mr. Cleckley opened his funeral home in 2015 with his wife, Alva Stuart, and initially built a business serving other local morticians by transporting bodies to them from locations where people had died. But in 2017, he said, he started offering a full line of services, like embalming and cremation, to his partners.

Currently, he said, five other funeral homes use his storefront space, which, he said, caused him to be overwhelmed as deaths in New York reached a peak this month. Each of the other homes, he said, were in charge of as many as 30 or 40 bodies.

A website run by the state’s Department of Health listed Mr. Cleckley as a fully licensed funeral director. But the most recent certificate of operation for the address of his business, filed with the city’s Department of Buildings, mentions nothing about a funeral parlor. It said the first floor of his establishment, at 2037A Utica Avenue, was used for “automobile retail” and for “the manufacturing of machinery.”

Mike Lanotte, the president of the New York Funeral Directors Association, said Mr. Cleckley was not a member of the organization.

Mr. Cleckley said that more families have called him in April asking for his help than in an all of last year and acknowledged that he had taken on more work that he could handle.

“We’re all trying to help our clients,” he said, “but we’re jammed up.”