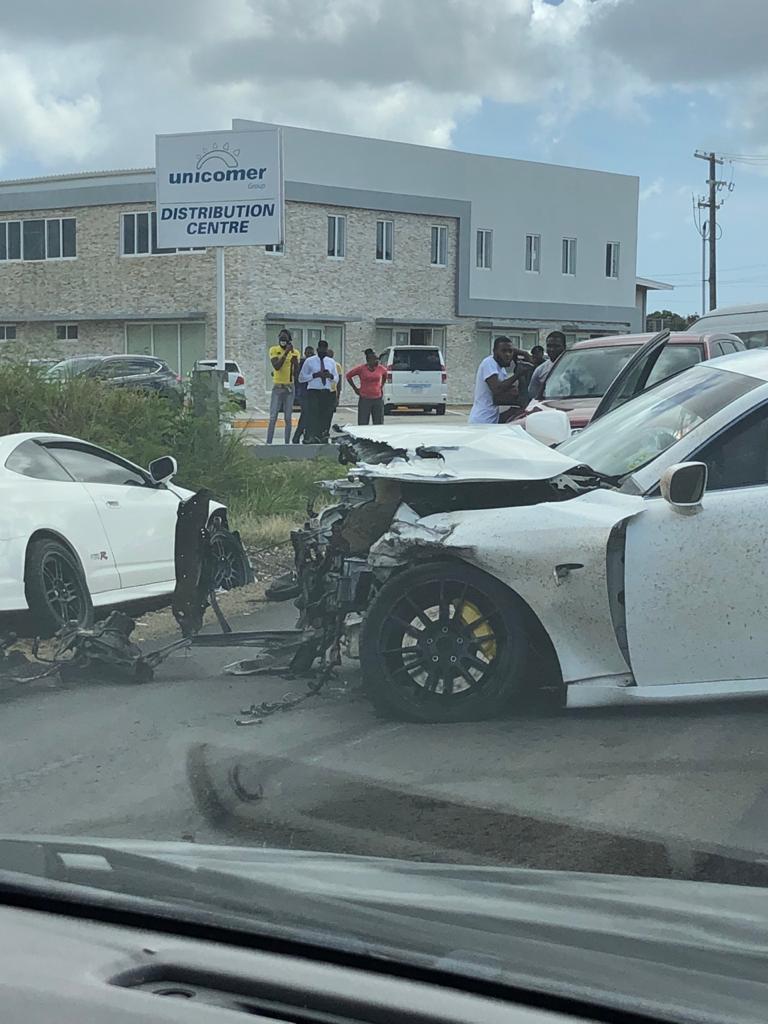 Head of the Traffic Department, ASP Rodney Ellis said preliminary assessment of the incident suggests that two cars were coming from the airport, when one of them hit a truck which was transporting bags of cement. The impact caused the driver of the truck to lose control and flip over, and another vehicle ran into the car that hit the truck.

Another vehicle, an SUV, whose driver escaped unscathed, was also also damaged in the mishap.

Three people — one of whom was the driver of the extensively-damaged truck — were treated at the hospital, while another person was taken to the station to assist the police with their investigation.

Initial investigations suggest speeding may have been a factor in the accident.