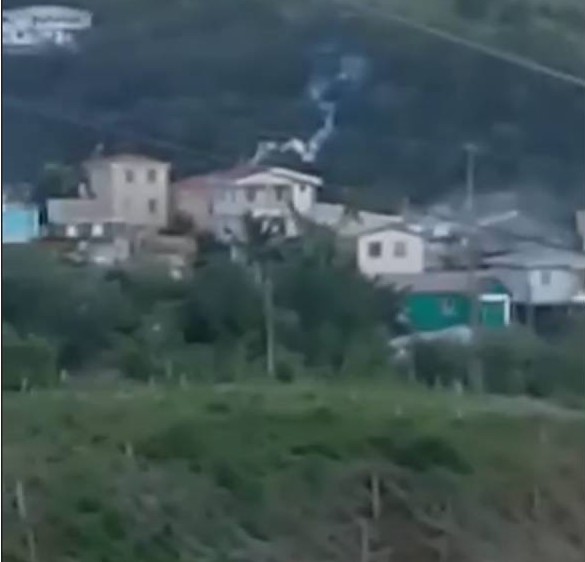 (DNO) – Eighty-two residents of the village of Salisbury, through their lawyer Cara Shillingford, have filed a civil lawsuit against the government of Dominica seeking redress for alleged breaches of their constitutional and human rights during an incident which occurred in that village on the 5th of December 2019.

On that date, members of the Regional Security System (RSS) and local police entered the village and sent a barrage of tear gas canisters which, according to the Claimants, fell directly into the yards and homes of persons living in the village.

According to court documents, the list of Claimants includes both young and elderly persons with ages ranging from three to ninety-four. Many of the claimants were senior citizens who lived alone and were asleep when the attack on the village stared at around 3:30 AM.

According to the Claimants, “the actions of the said State agents/employees were intentional, arbitrary, high handed, oppressive and motivated by malice.”

They believe that because the Salisbury constituency has voted for the Opposition United Workers Party (UWP) in the past four elections prior to December 5th, 2019, the decision to attack the community of Salisbury on the day prior to the December 6th, 2019 election, was “politically motivated insofar as the decision was aimed at assisting the Dominica Labour Party (DLP) in winning the December 6th, 2019 general elections.”

The Claimants are alleging that the tear gas emitted from the canisters sent by the said State employees and/agents caused the claimants to suffer personal injuries including pain to the eyes, nose, chest, and throat.

It is the view of the Claimants, that the RSS forces and police officers owed a duty not to send/shoot expired tear gas canisters into or near their homes.

“The RSS forces and police officers, acting as agents of the State, acted negligently and in breach of their duty of care when they, without justification or legal authority threw/shot tear gas canisters into properties and homes belonging to or occupied by the claimants,” the complaint alleges.

It goes on to state, “The claimants, who include several elderly persons and young children posed no threat to the State and were inside of their homes when forced to inhale tear gas emitted from canisters thrown/shot by the Defendant’s agents/employees.”

As a result, the Claimants are seeking a declaration from the court that the defendant has breached their constitutional rights under sections 5 and 7 of the Constitution of the Commonwealth of Dominica, damages inclusive of exemplary and aggravated damages, costs, interest and “any such order and further relief as the court considers just.”

In March this year, Vince Henderson, Dominica’s Ambassador to the United States of America and its Permanent Representative to the Organisation of American States (OAS), when questioned by UN Human Rights Committee Experts on the teargassing incident in Salisbury, defended the government’s action.

Committee Experts raised the issue of a police raid on Salisbury in the context of what they described as a broader pattern of longstanding credible allegations regarding the use of excessive force by the police.  “Were there any guidelines regarding the use of force in the police force; was there an independent oversight of police action and how did it function?” they asked.

In his response, Henderson said that the opposition, in the weeks leading to the December 2019 elections, had used threats, intimidation, disruption and propaganda war.

According to a report from the UN Human Rights Committee, he said the action of the opposition had threatened to derail the polling activities and had represented real and serious threats to life and property, particularly in Salisbury and Marigot.  They had blocked important roads and had pelted the police with stones.  As a result, the police had acted to remove the blockade in Salisbury using rubber bullets and tear gas.

The people of Marigot themselves had unblocked the roads, Henderson stated, and there had been no need for the police intervention.

He said three police officers had been injured and there had been no fatalities.