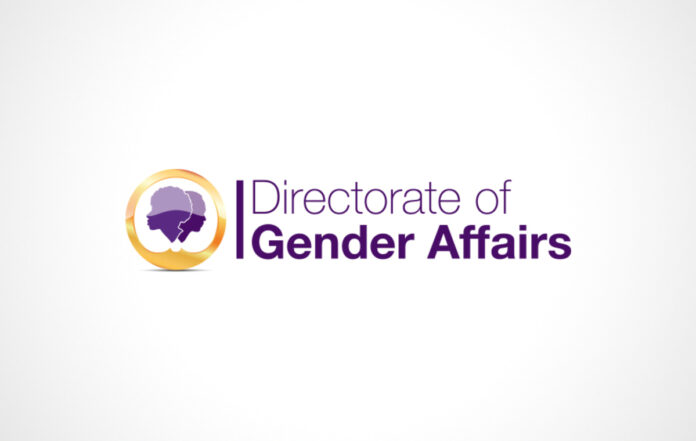 Directorate of Gender Affairs (DoGA) will be commencing the relaunch and second installment of The Men’s Critical Issues Series on state media. The objective of this series is to examine the ways existing social constructs and gender norms impact men and boys, sparking discussion on possible solutions to address the problems identified. The first episode of the series will focus on men’s Experience of Gender Based and Sexual Violence.

Men and boys are increasingly facing numerous issues that can negatively impact their overall behaviors and attitudes, potentially diminishing their ability to be positive and impactful contributory members of society. Acting Director of the Directorate of Gender Affairs, Mr. Jamie Saunders stated that one of the major reasons for DoGA hosting this series is because, “Men and boys have been severely lacking a platform for their issues to be meaningfully heard, discussed and taken seriously”.

Saunders added, “Gender equality encompasses issues affecting both men and women and the Directorate will be making a concerted effort to ensure that tangible and sustainable solutions are conceptualized and undertaken to address the challenges facing men and boys in Antigua and Barbuda.”

Over the next 4 months, the Men’s Critical Issues Series will cover a variation of topics, which include: Fatherhood & Paternity, Men’s Health and Suicide, Men’s Susceptibility to Alcohol and Drug Use and Men’s Education and Professional Development, all leading up to a special event being held in November for International Men’s Day.