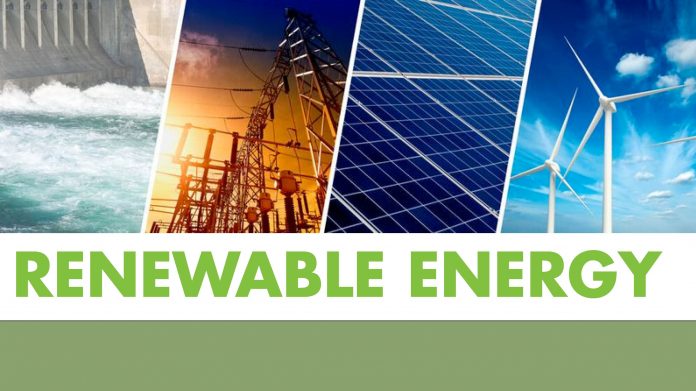 Against the backdrop of COP26 discussions on fossil fuels and emissions, the Department of Environment (DoE) says preparing residents in Antigua and Barbuda for the transition to renewable energy use is a top priority.

Close to 200 countries made a pledge during the recently-concluded COP26 in Glasgow, to “revisit and strengthen their 2030 emissions reductions plans next year”, phase out fossil fuel subsidies in a timelier manner and reduce the use of coal.

These commitments form a collective approach to the wider goal of limiting global warming to well below 2 and preferably to 1.5 degrees Celsius, in accordance with the Paris Agreement.

According to Ambassador Diann Black-Layne, Director of the DoE, while bigger countries are heavier contributors to emissions, they are taking small steps to influence the overall transition from fossil fuels, mostly through partnerships with smaller countries that are significantly affected by global warming.

Considering the threat facing countries like Antigua and Barbuda, she added that the relevant authorities must properly sensitise and educate their populations to make the best of the transition.

“It is not wise for us to know what is coming down the pipeline, in terms of damage to our economy, and we are not yet fully preparing our people for the dangers that are coming,” she said.

“The reason the Department of Environment is pushing it is that we want to get ahead of the game, so that when the transition starts to occur we will not be left behind – because it is occurring and it’s occurring rapidly.”

The ambassador also responded to a query from Observer, whether the twin island nation was doing its part to reduce emissions and the use of fossil fuels.

She explained that the country’s impact on global emissions is rather minimal, using the example of one particular activity that is steeped in tradition, while explaining just how much it would take to effect any notable change.

“If we cut all of our emissions, it makes no difference. It’s not even an example for larger countries; they don’t really look to us for that type of inspiration.

“The [amount of] coal that we burn in Antigua is very small and it’s used for very specialised purposes … so, it would be hard to make the coal producers go and reduce their [production] by 70 percent. It would be better for [companies like] APUA, the West Indies Oil Company [and] APC to reduce by 70 percent,” she said.

Based on the commitments made by the 196 countries at COP26, the fresh plans to reduce emissions that should be submitted next year must be aligned with the 1.5 degrees Celsius target.

This important new requirement means governments that fail to meet their targets will be open to greater scrutiny.