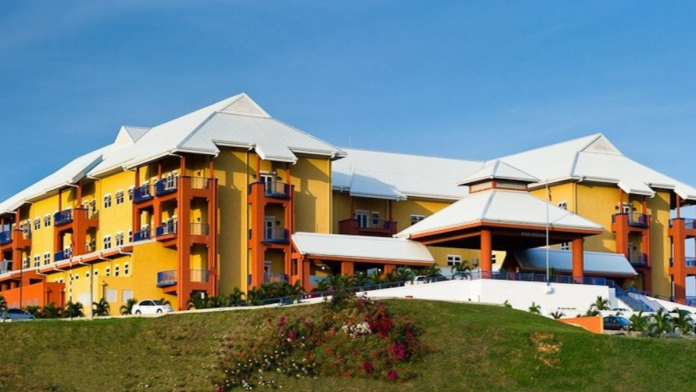 With cervical cancer being the third leading cause of death from cancer for women in Antigua and Barbuda, gynaecologist and obstetrician at the Sir Lester Bird Medical Centre Dr Cherie Tulloch is urging women to do all they can to prevent it.

Cervical cancer is caused by the human papillomavirus (HPV), which is regarded as the most common sexually transmitted infection with 80 to 90 percent of people becoming exposed to the virus through intercourse. Others contract the illness even without sexual activity.

While the prevalence of the virus may paint a gloomy picture for women, this form of cancer is the first and only cancer that is preventable through medical intervention, after an HPV vaccine became available in 2006.

Today people across the world are commemorating the landmark anniversary of the Day of Action for Cervical Cancer Elimination.

Dr Tulloch explained that in Antigua and Barbuda the cancer most commonly appears in women between 40 and 50.

“These are relatively young women who are still taking care of their households and their families so cervical cancer is affecting women at a very important part of their life,” she said.

While this form of cancer tends to affect women in the aforementioned age group, the medical practitioner warns that younger women are also being affected by the disease, noting that the ailment has been detected in women in their 30s as well.

“This is not someone else’s issue, this is not something that can’t happen… once you are a woman you are at risk, so it’s important for you to lend yourself to all the things that are available to you to prevent it,” she explained.

But what can women do to help prevent developing this form of cancer?

“Getting your children vaccinated against the human papillomavirus is the first step in protecting them in the future,” she explains.

The doctor also stresses the importance of responsible sexual behaviour since having sex before the age of 18, having multiple sexual partners, unprotected intercourse and exposure to other sexually transmitted infections all increase the risk of developing cervical cancer by increasing a woman’s possible exposure to the types of HPV that cause cancer.

Dr Tulloch is encouraging women to get their cervical cancer screenings done through a pap smear at least every three years from the age of 21 to 65, as well as testing for the presence of the virus.

She is also advising women to not wait until something is wrong to see their doctor.

“You should be seeing your doctor every year, even if it is not time for your next pap smear,” she said.

“Remember that in the stages before you get to cancer you won’t feel anything; by the time you are actually experiencing symptoms it usually means that you may have advanced disease.”

She explained that it is also difficult to say what symptoms would indicate advanced disease since these signs may overlap with other diseases or conditions.