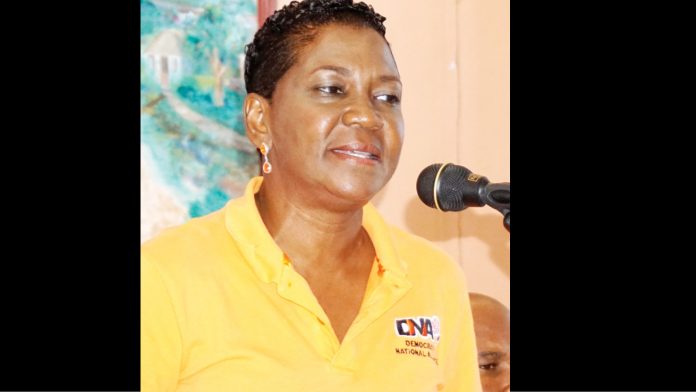 The Democratic National Alliance (DNA) is not yielding to the Antigua and Barbuda Labour Party (ABLP) administration’s “threats” to call the general elections early.

In June 2020, Prime Minister Gaston Browne hinted that the general elections could be held as early as November this year and the developments coming out of last week’s Cabinet meeting have done little to quell that notion.

The post-Cabinet report stated that the Supervisor of Elections was instructed “to make the arrangements to purchase ballot paper, to acquire all other supplies necessary to conduct free and fair elections, and to ensure that all human and material resources required to hold flawless elections are available to the Antigua and Barbuda Electoral Commission in quick order.”

Since then, many have begun to weigh in on the possibility of elections being held this year, and even Health Minister Molwyn Joseph indicated that if need be, an election can be held under the current State of Emergency.

But DNA leader Joanne Massiah while speaking on Observer radio on Thursday, revealed that her party is not fazed by these silly threats.

In fact, Massiah revealed that “whenever the general elections are called, the DNA will be fielding a full slate of candidates” and until then, they will not announce a slate.

According to Massiah, she doesn’t see why the PM would call an election at this time with the current state of the country.

“I call it a threat because I do not think any serious government, any serious prime minister at a time such as this, with all the challenges [facing] the economy, the health system, the society broadly, education, that any serious prime minister concerned about the persons who need real help at a time like this could be threatening to call up, playing around, fooling around, teasing if you will, about calling a general election before it is constitutionally due. We have not yet, in our opinion, gotten a firm grip or handle on Covid,” she added.

She questioned the intentions of PM Browne as the cost of an election according to her would be a waste of the state’s limited resources.

“Elections take money. We hear the prime minister saying, well, he might have to engage with the IMF because we don’t have any money. Elections take money, and so are we to believe that the prime minister is intending to leverage the scarce resources of the state to enter into an election cycle, which will cost money, before it is constitutionally due or anywhere close to being constitutionally due?” Massiah asked.

The country’s last poll was held on March 21, 2018 and came 15 months before the elections were constitutionally due.