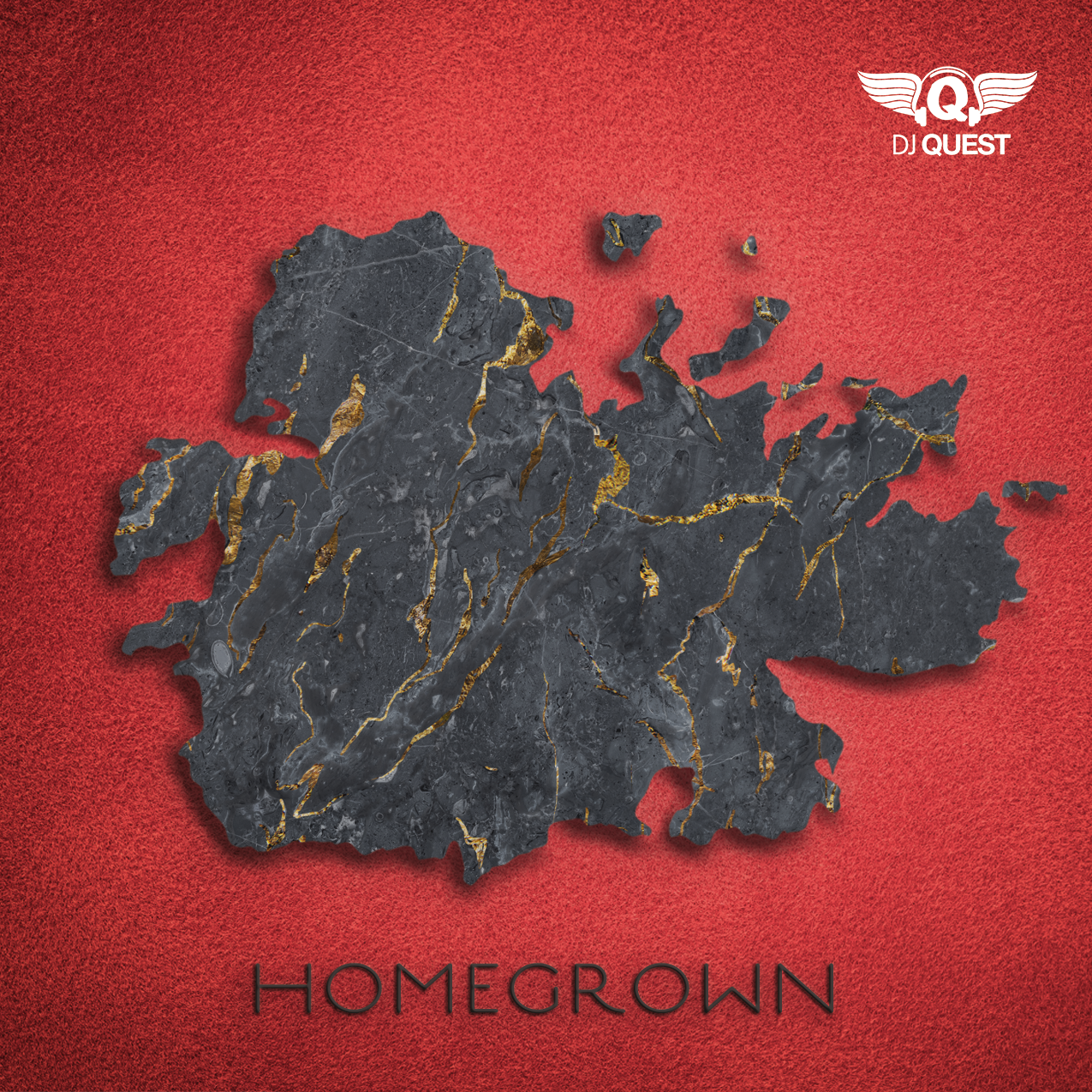 Can you imagine yourself attending the first post-pandemic party? Think about how amazing it would be to get a money pull up during an all-Antiguan Dancehall music section in the dance.

This is an exciting look into the future of Antiguan music and how DJ Quest successfully produced and released a local Dancehall EP one year and counting into a global pandemic.

This son of the soil brings this musical contribution, Homegrown EP, to the people of Antigua and Barbuda as a unique way for us to relate to aspects of our culture that we are already familiar with.

“Antiguan Dancehall is such a completely new and fresh sound. The use of our local dialect, hearing places that we can actually relate to as locals and, of course, the new sound that comes out in the production of the tracks. [It is] definitely something refreshing,” DJ Quest tells OBSERVER Entertainment.

Talk about hard work against all odds. Quest opens up about some of the challenges that he encountered during the production stage of the Homegrown EP. He says that the health protocols set in place due to the ongoing Covid-19 pandemic presented some restrictions in scheduling studio time.

“It started when we would be getting a good length into the recording sessions or mixing stages of the tracks, and curfew would come around, break a vibe and we’d have to start again (big ups to KnowLabel Studio & Kush Heights Studio) and then a situation where only certain people are allowed to enter a facility at a time, which would lead to rescheduling of a session. Then other days, no sessions could happen at all because of a two-week incubation period just for safety … but I’m glad we pushed through and made this work.”

Wondering how a DJ seemingly woke up one day and decided it was time to be behind the music as a producer? Quest says that working on music for the international RedBull 3Style Competition got him into a space where adding his own production value to songs influenced his decision.

“So, funny story about this production thing. After placing second in the Redbull 3Style Competition in 2019, I really decided to work on doing a lot more remixes to work on a specific sound for when I take a second shot at the competition; I wasn’t necessarily supposed to be making my own music but work on recreating other songs in my own unique way.

“After being fascinated about making my own music, I kept it going, being that’s all I could’ve done in a global pandemic and now we’re here a year later with an EP collaborated with other talented producers like Chippy G G Slixx and Agozie and artists like Niqko, Tay Nova & Melody Kid and more from here in Antigua.”

Let’s talk about network and branding. Quest highlights the importance of marketing as an upcoming musical talent in Antigua when asked if his established work as DJ has helped to open doors for him to make Homegrown EP possible.

“Yes, I’d definitely say the DJ Quest brand has definitely given this whole venture some boost. From the support of sponsors, to even persons that are willing to work with me for this project, they believed in what I’ve done before and definitely gave this full support.”

Additionally, he thinks that being a DJ puts an interesting spin on making music.

“As a DJ, I feel like we hear music differently and we understand the energy of a track. With that, arranging and feeling the music as it was being created almost came easy… ‘nah, this doesn’t feel right… maybe this is okay but let’s try and find something better’. A few of the tracks on this EP were huge celebrations once they started coming together because we were so excited about the sound and the way that the song was shaping up in the studio.”

Quest also says that the artistes on Homegrown EP such as Niqko, Jay Abnormal, Melody Kid and Tay Nova, just to name a few, were excited to be a part of this project. He credits those who were able to complete the project from start to finish.

“I definitely think artistes were excited to be a part of the project. Everybody’s work ethic and attention span is extremely different, so with that came a lot of people falling off or just no longer showing interest. This kinda bummed me out but we pushed on and I’m actually happy for the outcome of the project today.”

Whether we want to believe it or not, Antigua still leans towards conservative Christian values. Anticipating the pushback, Quest was prepared to handle the naysayers. Dancehall as a genre is often labelled as a negative influence filled with lyrics that discuss sex, drugs and gun violence. During this interview, Quest addressed the critics by reminding folks that these topics in music are nothing new.

“We live in a world where knowledge on drugs, sex and violence is easily found at the click of a finger and seen all around as we go about our everyday lives, especially in the Caribbean. With this being our ‘normal way’, I feel like we have become a lot more open with regard to talking about these things that we are witnessing or experiencing.

“In the early ‘90s, Dancehall songs spoke of the same issues/experiences, just that they were more censored and with a bit more tact and guile. Let’s look at the likes of Lady Saw – ‘Sycamore Tree’, ‘Backshot’; Shabba Ranks – ‘X Rated’; Beenie Man & Lady Saw’ – ‘Healing’; all these are tracks that I’ve played at events with patrons over the age of 50 and these folks go into a frenzy. I’m pretty sure their parents at the time when they were enjoying these songs thought the same thing of the music they were enjoying in their time. Saying all this to say Dancehall is dancehall and will always be that – sexually suggestive lyrics, gun violence and drugs. To the critics, look at dancehall as just what it is – a genre. A genre for enjoyment,” he stated firmly.

Despite the reservations of some, Dancehall is becoming a staple genre in other Caribbean countries such as Trinidad, Barbados, St Lucia and, of course, where it originated, Jamaica. Quest views this as an opportunity for collaboration, not competition.

“I see the newfound movement taking over the country first, then trickle across to other countries and slowly but surely growing across the Caribbean. Should we be competing? No. Collaborating, definitely. The Caribbean is a small space and the sooner we realise that there’s strength in numbers, the more we will become a serious force to be reckoned with,” he declares.

Being in the music industry for all these years has made Quest realise that he has a strong stance on funding being provided for music education and further investment into the local music industry at large.

“I definitely think there should be more funding if not for music education, the music industry as a whole in Antigua. You dig into this and realise that the laws are there but aren’t being enforced to ensure artistes are paid the way they should be, via royalties and such. I’ve also learned that that’s a battle that’s been ongoing for years before me. Is there a way to curb or fix it, I don’t know, but I hope eventually something will happen for persons who want to make this a full time career,” he says.

Some advice that Quest would give to others in the local music industry with regards to being recognized internationally, put simply is: “Follow your dreams; work hard and avoid the naysayers, try to sift through the unconstructive criticism for the things that might very well be constructive within them. Work towards your dream and remember you’re always being watched so try to ensure you’re always on your ‘A game’. It gets exhausting, tiring, and we as humans do need time to be ourselves but nothing good ever comes easy. Take disappointment as a lesson, assess the areas that went wrong and construct a better plan to come better the second time.”

Homegrown EP is available on all streaming platforms, including Apple Music and Spotify.