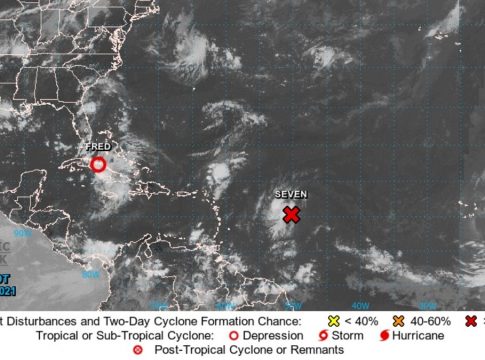 Nineteen volunteers who participated in a four-day training in Community Emergency Response have been added to teams delegated to respond to disasters within the state.

These volunteers are expected to work alongside District Disaster Coordinators (DDCs) throughout the island to prepare for and respond to any disaster that may occur.

Meanwhile, a tropical storm is forecast to approach Antigua and Barbuda by tomorrow night.

NODS is calling for residents to have their hurricane preparedness plans in place as the Met Office issued a tropical storm watch for Antigua and Barbuda. This means that storm conditions are possible within 48 hours.

Information from the Met Office is that the island could be affected from Saturday evening going into Sunday.

It says that the system is expected to produce rainfall of 3 to 6inches across the northern Leeward Islands and that this rainfall may produce scattered areas of flash flooding.

“NODS continues to encourage residents to ensure that their emergency plans and kits are in place and that they know the location of their nearest shelter”, the office said in a press statement.