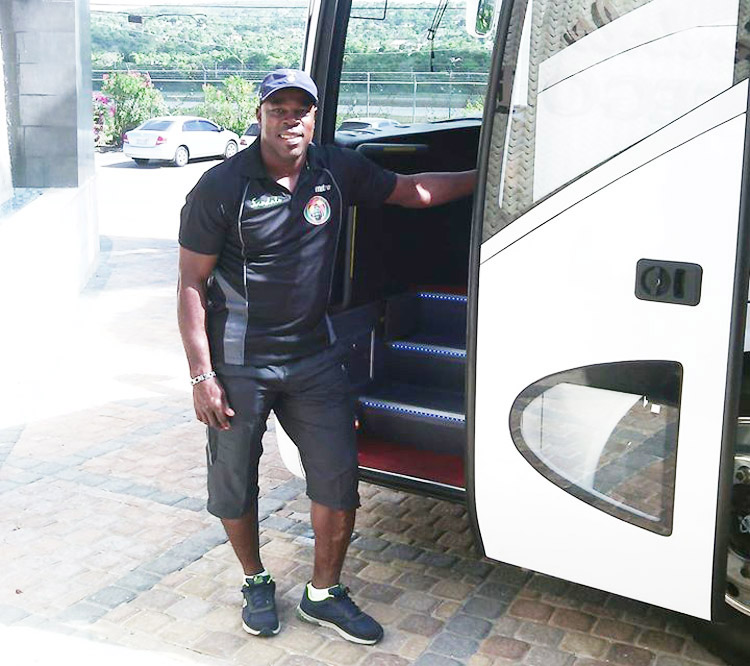 Former national and Grenades FC coach, Derrick ‘Prettyboy’ Edwards announced that he has decided to walk away from the sport at the competitive level.

Edwards, who coached Grenades FC in the Antigua Premier League (APL), football’s top league in the country, says he will be throwing in the towel from coaching competitively at the senior level.

However, he said that he will be focussing on youth development from now on.

Edwards’ stance stemmed from the recent decision taken by the executive of the Antigua and Barbuda Football Association (ABFA) to promote six teams to the APL and First Division, but did not name any champions as the league was cancelled, leaving his team — Grenades — without any form of resolution as they were the frontrunners this season before Covid halted the competition in March.

Edwards believes the decision taken by the ABFA was a ‘personal one’ and one he could not agree with.

“Let me say that clear to everyone that is listening: this decision that has been made by the Football Association, I think, was personal, and I think it is the end of the road for me when it comes to coaching in any competition. I will try to focus my time more on some youngsters that I think I can pass on my knowledge to, but at competition level, that’s it for me; I am done with it. You are not going to see me on any bench for any team. You will see me in the grounds as a spectator but not as a coach. That’s it for my coaching career when it comes to competition at the senior level but I will continue to deal with the youths,” Edwards proclaimed.

He believes that the standard of play in the APL will be sub-par with the addition of six teams, and accused the President of the ABFA Everton ‘Batow’ Gonsalves of ‘playing politics’.

“The standard is not going to be anything to write home about because if you look in the communities, a lot of young players are not gravitating towards the game and I think that is because of the influx of overseas players. From day one, I voted against bringing in players in abundance and I was crucified by nine other Premier [Division] teams when I said we can’t afford to bring in all those players, let us place a cap on it. We will have to wait and see but I know the standard will not get any better. I think it’s a political move, an election move, from the president. I have nothing against him but based on what you see in how the league was restructured, it’s just to set yourself up.”