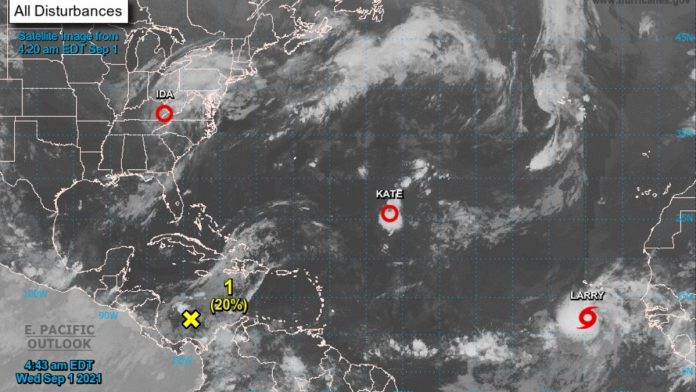 At 8am, the center of Tropical Storm Larry was located near latitude 12.3 North, longitude 24.8 West.

The National Hurricane Center says Larry is moving toward the west near 20 mph (31 km/h).

A westward to west-northwestward motion is expected during the next couple of
days, followed by a turn to the northwest over the weekend.

Maximum sustained winds have increased to near 45 mph with higher gusts.

Additional strengthening is forecast during the next few days and Larry is forecast to become a hurricane by late Thursday or Friday.

Tropical-storm-force winds extend outward up to 60 miles from the center.