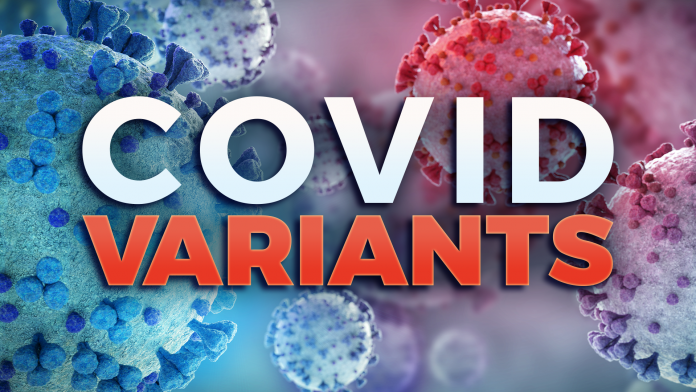 Delta, which is reportedly the most dominant variant of SARS-CoV-2 is fuelling the surge in Covid-19 cases in Antigua & Barbuda.

Data from recent samples, shows that dozens of that type of variant including its sub lineages, ‘Delta Plus’ have been identified in covid patients here.

Dr. Lester Simon, Head of the Laboratory at the Sir Lester Bird Medical Centre and Chairman of National Technical Working Group on Vaccines, did not mince words remarking, “Delta has taken over Antigua & Barbuda”.

Based on graphs presented during an interview on state TV Sunday night, genomic sequencing of the samples taken, shows the presence of a number of “delta plus” variants AY.3, AY.4, and AY.12, also known sub lineages of the delta variant.

According to Dr. Simon, many different variations of the Delta variant were detected in Antigua roughly around the same time.

The Delta variant, according to the Centers for Disease Control & Prevention (CDC), is highly contagious, more than two times as contagious as previous genetic variants of SARS-CoV-2.

Its sub-variants which have a slightly higher rate of transmissibility than the original Delta, has so far contributed to the death of hundreds of thousands of people in India.

India’s health Ministry, said Delta Plus has the ability to bind more easily to lung cells and might be resistant to therapies that are used to treat COVID-19

Statistics as of August 26, 2021, record 62 new coronavirus cases in Antigua & Barbuda – the most cases recorded in a single day since March 2020.

The doctor noted that 58 per cent of those cases are as a result of the Delta strain.

Dr. Simon explained that the unknown cases are likely the iota and the epsilon variants which are variants of interest but not necessarily of concern because there is not yet evidence to suggest that they have traits like a higher transmissibility rate or an inability to neutralize antibodies if contracted.

The Delta gets into the cell more easily which is why the transmissibility is increased.

It takes just about two to three days for somebody to become contagious, unlike the original variant – the Wuhan strain – which takes up to seven days in comparison.

The worst-case scenario which the doctor described as the “dooms-day-scenario”, would be a highly transmissible variant which affects the immune system.

He warns that “What we have to be careful of is that we do not end up with a variant that highly transmissible like delta, far removed like beta was from immunity, so it escapes immunity, and worst than that, it has serious disease and three, it begins now to affect the lab.”

The latest dashboard figures up to last Thursday show that there are currently 321 active covid cases which includes 20 hospitalisations.

On Saturday a 64-year-old woman with reported comorbidities dies after testing positive for covid. The death count for covid-related deaths is now at 44.