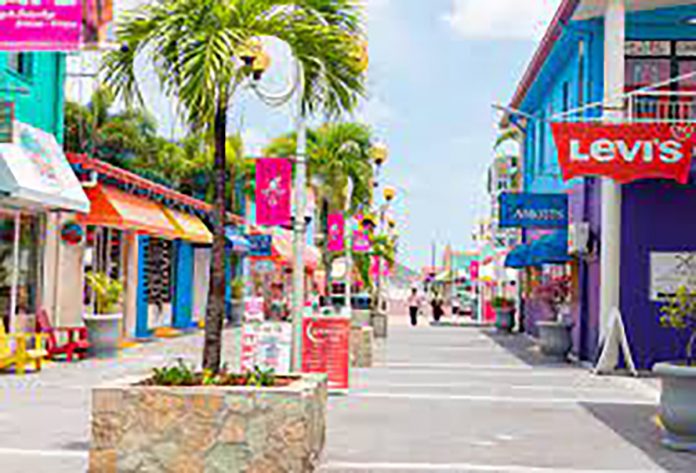 Vendors and tour operators around St John’s will be able to breathe a sigh of relief as news broke that the previously implemented ‘cruise bubble’ has been lifted with immediate effect.

The bubble had allowed for only pre-approved or private tours conducted with fully vaccinated visitors and a few merchants around Heritage Quay.

That, however, will now change as Information Minister Melford Nicholas made the announcement yesterday at the post-Cabinet press briefing.

“Late last evening the tourism minister did indicate that he had word from the cruise sector that they are now prepared to bring an end to the bubble environment in which they had been operating at the start and resumption of the cruise business to Antigua and other ports across the Caribbean, and so accordingly over the coming days with the arrival of these ships, merchants and vendors in the St John’s area, particularly Heritage Quay and Redcliffe Quay, can look forward to an  increase in customers from the cruise industry,” he said.

Nicholas also revealed that it was a combination of reasons that would have influenced this decision.

“I think it is a combination of factors but one of the leading indicators would be that they conducted their tests in the jurisdiction. They would have had the opportunity while they were attending here for the past four, six weeks to look at established regimes on island and they would have done their scouting, made the observations and as a result of satisfaction with those regimes, they are moving to a free flow arrangement as we speak,” he explained.

This is welcome news for those involved in the cruise sector as many had been complaining about limited sales due to the previously safety regulations put in place by cruise operators.

Sales will more than likely increase in the coming weeks and months as several vessels are expected to dock in Antigua and Barbuda.

More than 2,000 passengers received a warm welcome from tourism and port officials in August of this year as the Celebrity Equinox docked in St John’s.

It was the first large vessel to dock since the reopening of the cruise sector in June.