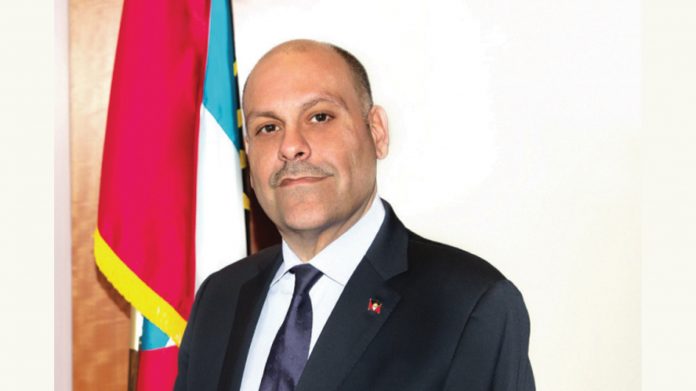 The High Court has refused an application to strike out an injunction which allows MP Asot Michael to continue to operate as a member of the Antigua Barbuda Labour Party (ABLP) and a Member of Parliament.

This means that the ABLP will still not be allowed to proceed with a disciplinary tribunal to assess Michael’s violation of the party’s code of ethics, nor will it be able to prevent the MP from attending ABLP executive meetings despite a letter from the party’s executive telling Michael that he is no longer welcome.

The ruling was handed down last Thursday by Justice Jan Drysdale.

Labour party’s lawyers attempted to argue that there had been an abuse of the court process, because Asot Michael’s legal team filed separate claims for the same proceeding to stop the party from taking action against him.

They also tried to convince Justice Drysdale that the private claim, which was ordered by the court, was not filed in time.

The judge however dismissed both claims, noting that the arguments were unsubstantiated and were not sufficient to discharge the injunction.

ABLP General Secretary Mary-Claire Hurst and Chairman of the ABLP disciplinary tribunal Lionel ‘Max’ Hurst had filed the application in the High Court to strike out the proceedings and to claim damages, but the court made no order for costs and ruled that the injunction will continue until it decided whether the Labour Party went through the proper processes to replace Michael, or until the matter is set aside.

MP Michael told Observer, “I feel extremely confident, and I want to welcome the reinforcement of the injunction in my favour. In fact, I see it as a further vindication of this vision to take legal action.”

“You know, a lot of people ask me well, why am I taking my Party to court, but I have to take legal action against the leadership of the Labour Party because of the unlawful attacks on my rights as a member of the Antigua Barbuda Labour Party, and also the duly elected member in parliament for the constituency of St Peter.”

Last November, Michael requested an injunction against the Labour Party which is attempting to replace him as a candidate in the next general election and to prevent him from attending meetings.

Michael told the court that under the ABLP’s Constitution, the tribunal – the party’s disciplinary body – has no authority to take action against him because the Party did not hold a convention in the two years preceding the charges being brought against him.

the election of a candidate for general elections whenever it becomes necessary.” It is not a responsibility given to any individual or group of persons seeking to subvert the constituency will for their own selfish reasons,” he said.