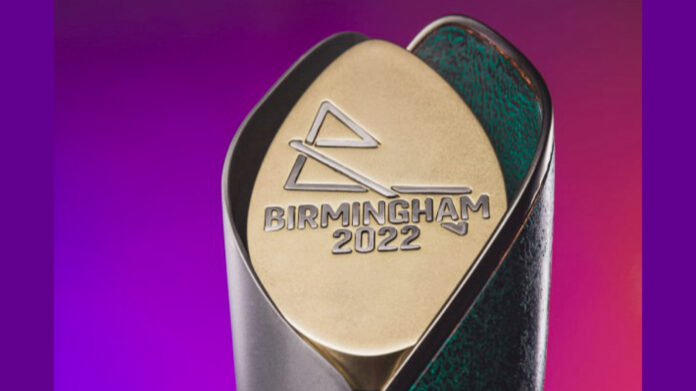 The countdown is on with the Birmingham 2022 Queen’s Baton Relay just days away from arriving in Antigua and Barbuda, the 59th destination out of the 72 Commonwealth nations and territories it will be visiting.

On May 12, Sir Rodney Williams, Governor General of Antigua and Barbuda, and Chet Greene, President of the National Olympic Committee, will officially welcome the baton.

A busy schedule of activities and events are planned for the Queen’s Baton Relay, with opportunities to showcase untold stories from baton bearers, athletes, and young people who are striving for change in their community.

During its time in Antigua and Barbuda, the Queen’s Baton Relay will visit the sister isle of Barbuda, and notable historical sites in Antigua, including Devil’s Bridge, the newly restored Weatherills Estate and major sporting facilities, and will experience the culture and vibrancy of Antiguans and Barbudans along its journey.

The Queen’s Baton will be carried by several baton-bearers, including Dwayne Fleming, Ethan Greene and Mehki Simmons, who are some of the nation’s young and promising athletes.

The Queen’s Baton will arrive here from its last stop, Anguilla.

The Birmingham 2022 Queen’s Baton Relay started at Buckingham Palace on October 7 2021, when the Queen placed Her Message to the Commonwealth into the baton and passed it to four-time paralympic gold medallist and Team England athlete Kadeena Cox, who had the honour of being the first of thousands of baton-bearers to carry the baton.

Neil Cochrane, Chairman of the Queen’s Baton Planning Committee, said, “I am delighted that Antigua and Barbuda is a part of this extraordinary journey. It’s a way to highlight and promote the

beauty of Antigua and Barbuda to people across the Commonwealth.”

Greene said, “We are looking forward to celebrating the arrival of the Birmingham 2022 Queen’s Baton Relay in our community and are well on track with our planning for the occasion. Everyone here is excited to get involved with the festivities and to cheer on the baton-bearers.”

The 16th official Queen’s Baton Relay is an epic journey covering the entirety of the Commonwealth as it will travel to all 72 nations and territories, covering a distance of 140,000 kilometres.

For 269 days, the baton will travel to Europe, Africa, Asia, Oceania, the Caribbean and the Americas, before it embarks on the final stretch of its journey across England for 25 days.