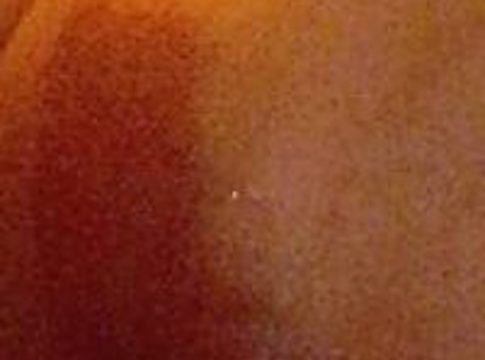 Foster Roberts, principal of Ottos Comprehensive School and an educator for over three decades, is offering a fresh perspective on corporal punishment at schools in Antigua and Barbuda.

He claims some students are not brought up properly at home and, as a result, display “deviant behaviour” that must be stomped out with the use of corporal punishment.

Roberts, who agreed that hitting a child without reason is wrong and unacceptable, added that his concern is that a greater number of students who enter learning institutions are not prepared.

”The home has not done its part in preparing our children for school. We have children coming to school, they don’t have any manners, they don’t do please and thank you, they don’t do excuse me please, they just push their way through – all of these are simple things that they are supposed to learn at home,” he said.

“I don’t believe that there are any principal or teacher who would deliberately go out of their way to abuse a child because most of us are parents ourselves and I don’t think we abuse our children so why would we want to abuse other people’s children,” Roberts continued.

The reality, he insists, is that some children come to school and have “issues”.

Roberts’ comments follow two separate incidents – in the space of a week – where parents have come forward with photos of injuries apparently due to corporal punishment inflicted on their young children by school teachers.

The first was a 12-year-old girl who was left bleeding and bruised following disciplinary action by a teacher at St Michael’s Primary School. According to the child’s account of the incident, she was hit with a belt because she was holding her lunch bag against the teacher’s direction while the class was preparing to recite school-leaving prayers.

Days later, another mother shared photos of her eight-year-old daughter who had received injuries after she was beaten by a male teacher at Parham Primary School. In her account, the child said she was given five lashes after she was shoved onto another student in the assembly line.

Currently, it is lawful to physically discipline a child in local public and private schools. However, there are guidelines that educators must follow, like recognising that beating as a form of discipline is a last resort.

Division five, section 50, of the Education Act 2008, which speaks to discipline, suspension and expulsion of students, states that “degrading or injurious punishment” shall not be administered in the enforcement of discipline.

Any other persons, the Act states, “commits an offence and is liable on summary conviction to a fine not exceeding one thousand dollars”.

According to Roberts, “Until corporal punishment is removed from the books, it will always be a measure that is used by principals and teachers – always”.

However, he explained that the equilibrium is to know when to hit them and how hard, commenting that educators must be mindful that some students’ skin is tender and that the strap used to administer the blows is heavy and made of leather.

“They just have to be mindful when they’re using the strap,” he advised, stating that some uniforms are thin and that educators must exercise caution when using the leather strap.

“Sometimes even in exercising caution the child still gets a little ‘whale’; don’t tell me that it was my intention to whale the child. It was not my intention; it just happened and even as parents we discipline our child in the home and they whale them anyway,” he noted.

While he called on teachers to acknowledge their responsibility to “fairly and honestly” discipline children, he admonished parents to work with the school to better manage problematic areas with their children.