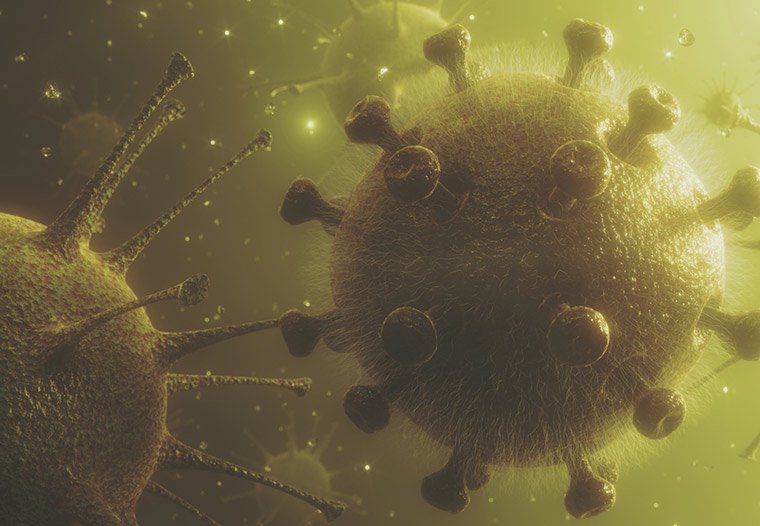 The US intelligence community has determined Covid-19 “was not manmade or genetically modified”, though it is still investigating the virus’ origins.

The National Intelligence chief’s office said agencies are looking into whether the outbreak began from animal contact or a laboratory accident.

President Donald Trump later suggested he had seen evidence the virus came out of a Chinese laboratory.

China has rejected the theory and criticised the US response to Covid-19.

What did the intelligence chief say?

The Office of the Director of National Intelligence, which oversees US spy agencies, said on Thursday it concurs with the “wide scientific consensus” regarding Covid-19’s natural origins.

“The [intelligence community] will continue to rigorously examine emerging information and intelligence to determine whether the outbreak began through contact with infected animals or if it was the result of an accident at a laboratory in Wuhan.”

The virus was first detected in Wuhan, China. There are now over 3.2 million cases worldwide and more than 231,000 deaths.

Thursday’s statement is the first clear response from US agencies debunking conspiracy theories – both from the US and China – about the virus as a purported bioweapon.

The idea that the coronavirus could have inadvertently leaked from a laboratory has not yet been disproven.

What did President Trump say?

Taking questions at the White House on Thursday, Mr Trump stoked this theory.

He was asked by a reporter: “Have you seen anything at this point that gives you a high degree of confidence that the Wuhan Institute of Virology was the origin of this virus?”

The president replied: “Yes, I have. Yes, I have. And I think the World Health Organization should be ashamed of themselves because they’re like the public relations agency for China.”

He added: “Whether they [China] made a mistake, or whether it started off as a mistake and then they made another one, or did somebody do something on purpose?

The New York Times reported on Thursday that senior White House officials have asked the US intelligence community to investigate whether the virus came from a Wuhan research laboratory.

Intelligence agencies have also been tasked with determining if China and the WHO withheld information about the virus early on, unnamed officials told NBC News on Wednesday.

Mr Trump has recently been escalating his war of words with China over the pandemic after what officials within the US president’s administration had described as a truce with Beijing.

On Wednesday, he suggested China wanted him to lose his re-election bid in November.

Mr Trump has often blamed China at briefings, accusing its officials of covering up the virus early on and saying they could have stopped the disease from spreading.

He has similarly criticised the WHO and withdrawn US funding for the global body.

China’s Foreign Ministry, meanwhile, has accused the Trump administration of trying to distract from its own problems tackling the crisis.

A ministry spokesman has also repeatedly promoted the idea – without evidence – that Covid-19 might have originated in the US.

According to the Washington Post, the Trump administration is looking into ways to punish China financially. Discussions reportedly include allowing the US government to sue China for damages or cancelling debt obligations.

This is the first definitive statement on the matter from US intelligence agencies. It rejects the most extreme of the conspiracy theories about the pandemic’s origins – that the Chinese developed and un-leashed the coronavirus as a bioweapon.

But it doesn’t rule out the possibility that the virus was accidentally leaked from a Wuhan laboratory studying infectious diseases.

US Secretary of State Mike Pompeo in particular has talked up that scenario, urging China to let outside experts into the facility, and raising questions about lab safety in other parts of the country. The Chinese government says any such allegations are unfounded and fabricated out of nothing.

Claims and counterclaims about the origins of the virus are part of a propaganda war over China’s handling of the coronavirus crisis.

But they also reflect US frustration with the Chinese for not sharing more data about how the pandemic developed.