A host of young athletes will seek to impress during the Antigua and Barbuda Triathlon Association’s (ABTA) Triathlon & Aquathlon Championships slated for Saturday at Ffryes Beach.

The event, which will cater for both boys and girls between 11 and 19 years, will also serve as a selection event for the country’s training squad ahead of this year’s Carifta Triathlon Championships slated for September 24-26 in Bermuda.

One member of the organising team and former national athlete, Cordova Simon, said the event will also cater for adult competitors, but added that the focus will be on the lower age groups.

“We are preparing to select our team for the upcoming Carifta triathlon and aquathlon in Bermuda in September. We will be having trials [during the event] but at the same time we have open events to accommodate the few seniors we have around, so we’re not excluding anybody. As a matter of fact, Rory Butler’s niece [Maleah Butler] is the first qualifier for the 11-12 age category and she is in Trinidad; her time was so great that she made the Trinidad team, but she chose to represent Antigua,” he said.

Simon noted that Trinidad-based athlete Maleah Butler, who has already qualified for the Carifta event, will be competing alongside others hoping to make the cut this weekend.

“We have athletes like Angelique Gittens that have already represented Antigua and Barbuda in the aquathlon in Tobago a few years ago. She is returning and will be on show this week, and she was a silver medallist in the National Championships’ 800 meters,” he said.

Tri-athletes will compete in swimming, running and biking, while those taking part in the aquathlon will contest only swimming and running.

Simon said a national training squad will be selected based on performances and other factors following the event.

“It depends on the numbers that come, and the performances, because we will look at the times and see who have shown and [who] we know can show improvements, and we pick a squad and start the training the training process. During the training process, we will have some mini-trials to see how good you can perform after being trained for three to four weeks, and then we can start to make our final team from that,” the organiser said. 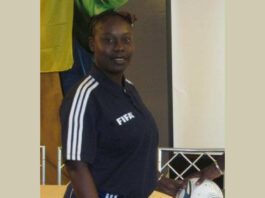 Antiguan officials Mckenzie and Davis on duty at CFU Boy’s U14... 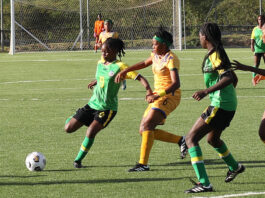 Benna Girls held to a draw as SVG hammer Dominica 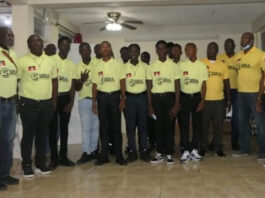