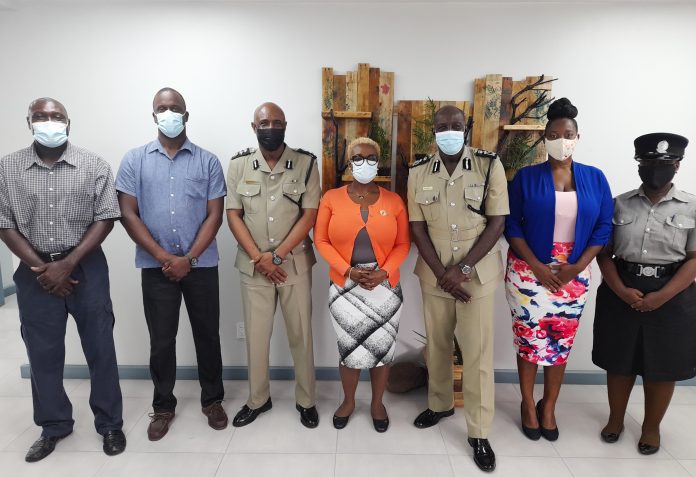 Commissioner Rodney took the opportunity to extend congratulations to the executive and encouraged them to always strive to give their best to those they are called upon to serve. He also reminded them of the role of the Police Welfare Association and the principles that govern the association.

The commissioner further pledged his commitment, and that of his senior administration to work with the new executive in the best interest of the police organization.

Now newly elected chairman of the Police Welfare Association, Corporal Marylyn Harris, gave the assurance that the new executive will work along with the police administration and the government of Antigua and Barbuda to bring about positive and meaningful changes within the police force.
The new executive now comprises of:

Constable Stefan Jacobs, who currently resides and is stationed at Barbuda Police Station, will be the representative to Barbuda Affairs, and also assistant secretary.

Members were given an opportunity to cast their votes at one of the five polling stations set up at St. Johns, Parham, Johnson’ Point, All Saints, and Barbuda Police Stations. This process takes place biennially, in accordance with the Police Act, Chapter 330, sections 62 and 63.

The association was established within the police force for the purpose of enabling Inspectors, subordinate police officers, and constables to consider and bring to the notice of the Commissioner of Police and the Minister, matters affecting their general welfare and efficiency.

The outgoing chairman of the PWA is Sergeant Roosevelt Browne.