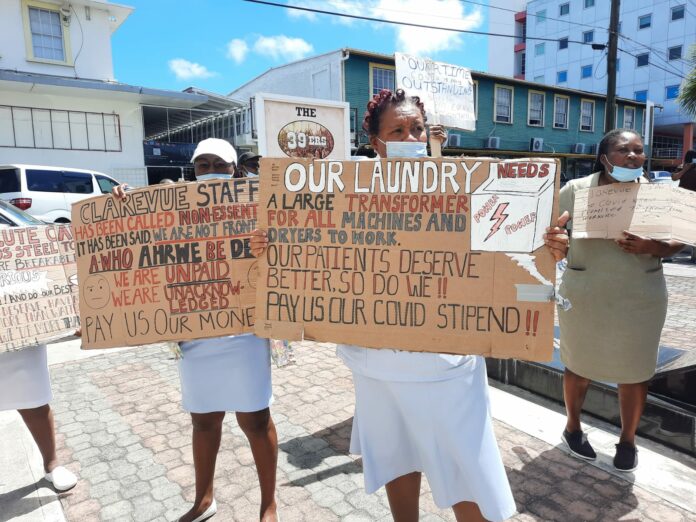 Industrial action over outstanding overtime pay and poor working conditions at the Clarevue Psychiatric Hospital is likely to continue for the rest of the week, despite efforts by the government to address aggrieved staff’s concerns.

The workers have been striking for over a week demanding that all the monies owed to them are settled before they return to duty. Other issues include access to running water for patients and sanitation purposes, and a washing machine for laundry, among other things.

Shop Steward Ava Bowen told Observer yesterday that while a fraction of the staff have been paid overtime thus far, others are still waiting.

Staff from the Public Works Department have also started repairs in some areas.

“We will be out here for the entire week, and we will be waiting to see what will be done,” Bowen added.