Controversy has surrounded the country’s citizenship by investment scheme since its launch in 2013. While government says passport sales add vital dollars to public coffers, critics say the revenue is not translating to tangible benefits. In the second of a three-part series by Observer’s Theresa Goodwin, we take a closer look at precisely who is applying for CIP – and how.

Last week, we took an in-depth look at how monies derived through the Citizenship by Investment (CIP) for Antigua and Barbuda are being spent. In part two of this three-part series, we take a closer look at who exactly is buying these passports.

A close examination of the CIP report covering the period January 1 2021 to June 30 2021 gives a detailed breakdown of the number of applications received under the programme by country of birth.

For example, over the six-month period, 63 applications were received from natives of Algeria and Hungary, 145 from Bangladesh, 884 from China with which Antigua and Barbuda shares strong bilateral relations, 76 from Egypt, 185 from Lebanon, 206 from Nigeria, 184 from Russia and 149 from Switzerland just to name a few.

The numbers were almost similar in the report covering the period July 2020 to December 2020.

A wealthy investor can spend a minimum of US$100,000 to obtain Antigua and Barbudan citizenship. The ‘golden passport’ provides visa-free access or visa-on-arrival access to 150 destinations including Hong Kong, Singapore, the UK, and Europe’s Schengen area.

The programmes are now under threat due to concerns by Members of the European Parliament (MEPs), who have stressed that CIP initiatives in the region are “objectionable from an ethical, legal and economic point of view, and pose several serious security risk. Earlier this year, the EU also threatened to remove visa-free access to its Schengen area for countries with such schemes.

Another feature of the economic programme in Antigua and Barbuda is that a passport for a dependent can be acquired in as little as three months without ever stepping foot in the country. Unlike rival programmes in the Caribbean, Antigua and Barbuda requires CIP passport holders to spend as little as five days over the space of five years in the country.

According to the report filed by the Caribbean Investigative Journalist Network (CIJN), there are assorted application fees plus a US$7,500 charge for “due diligence” to determine if the applicant has any criminal history or links to terrorism or organised crime.

The latter is a non-profit fund that is subject to parliamentary oversight by way of a six-monthly report to be presented to Parliament in sufficient detail to allow for transparency and accountability, according to the Citizenship by Investment Unit’s (CIU) website.

The NDF is the primary option used by applicants to gain Antigua and Barbuda Citizenship by Investment.

Based on the limited data that was retrieved from Parliament and from the CIU most of the applicants to the programme have opted to invest directly in the NDF.

However, the CIJN team was unable to gather data to reflect the beginning and ending balances in the NDF for each six-month timeframe.

“The aggregate amount in the National Development Fund at the date of the report; and the date on which payment made by a successful applicant was transmitted from the National Development Fund to the government sponsored project or the approved non-profit organisation, as the case may be together with such other information as the Minister considers appropriate,” the report stated, quoting directly from the Citizenship by Investment Act 2013.

“But those end or aggregate balances are missing from the reports we were able to access. Without that data, it is difficult if not impossible to determine what was spent and what’s left as an accumulated balance in the National Development Fund account,” it added.

CIJN also reported that the CEO of the Citizenship by Investment Unit Charmaine Quinland-Donovan didn’t respond to VARIOUS requests for an interview.

The real estate options, according to the CIJN report, require at least twice as much of an investment in the CBI programme as a donation to the NDF.

But what you see isn’t necessarily what the government actually gets, according to Prime Minister Browne.

The PM cautioned that real estate investments come with “expectations and incentives” by agents and developers that can end up reducing how much the country benefits, whereas a deposit into the NDF is a guaranteed US$100,000 for every application.

“Normally, with these real estate projects, you have to incentivise them so heavily that the net amount due to the government we see would reduce considerably,” Browne told CIJN. He called the structure “usurious”.

“I do accept that it will bring some benefits,” he conceded. “But, you know, when you look at the yield, you know, we think that there’s something vulgar about how some of these investments are structured, and we have not shown any appetite for those investments to date.”

PM Browne has been outspoken about his differences with developers. While there are 42 projects approved for investment, there are mixed results.

One deadlocked real estate investment under the programme was the Callaloo Cay Resort (dubbed the Waldorf Astoria Antigua.)  The US$200 million project was to become a five-star sustainable luxury resort.

Five years later, the more than 30-acre property lies ghostlike in the sands of Morris Bay.

In February 2022, the media here reported that the government was making plans to take over the entire operation and was set to cancel the partnership with Al Caribi Antigua Development Limited which had initially been tipped to carry out the works.

The NDF, according to Political Leader of the United Progressive Party (UPP) Harold Lovell, was specifically designed to promote national development, and a board was also established to manage the fund. The fund was established under a UPP regime

“Our vision at the time -was that the National Development Fund would be used especially for that purpose we saw where young persons needed to get help with establishing a business, persons who formed companies and wanted to branch out into enterprise in various ways and also, we felt that the National Development Fund should be used for infrastructure and also debt payments,” Lovell explained.

“In other words, we always felt that the Citizenship by Investment Programme would have a finite life, we did not think it would have gone on forever and ever and so it was our view that for the time that it is here let us put things in place so that in the end there is some legacy of wealth creation and some legacy of having pushed the development needle in the right direction,” Lovell added. 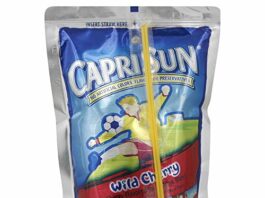 Twenty-six more dogs find ‘forever homes’ in the US  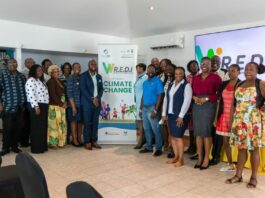