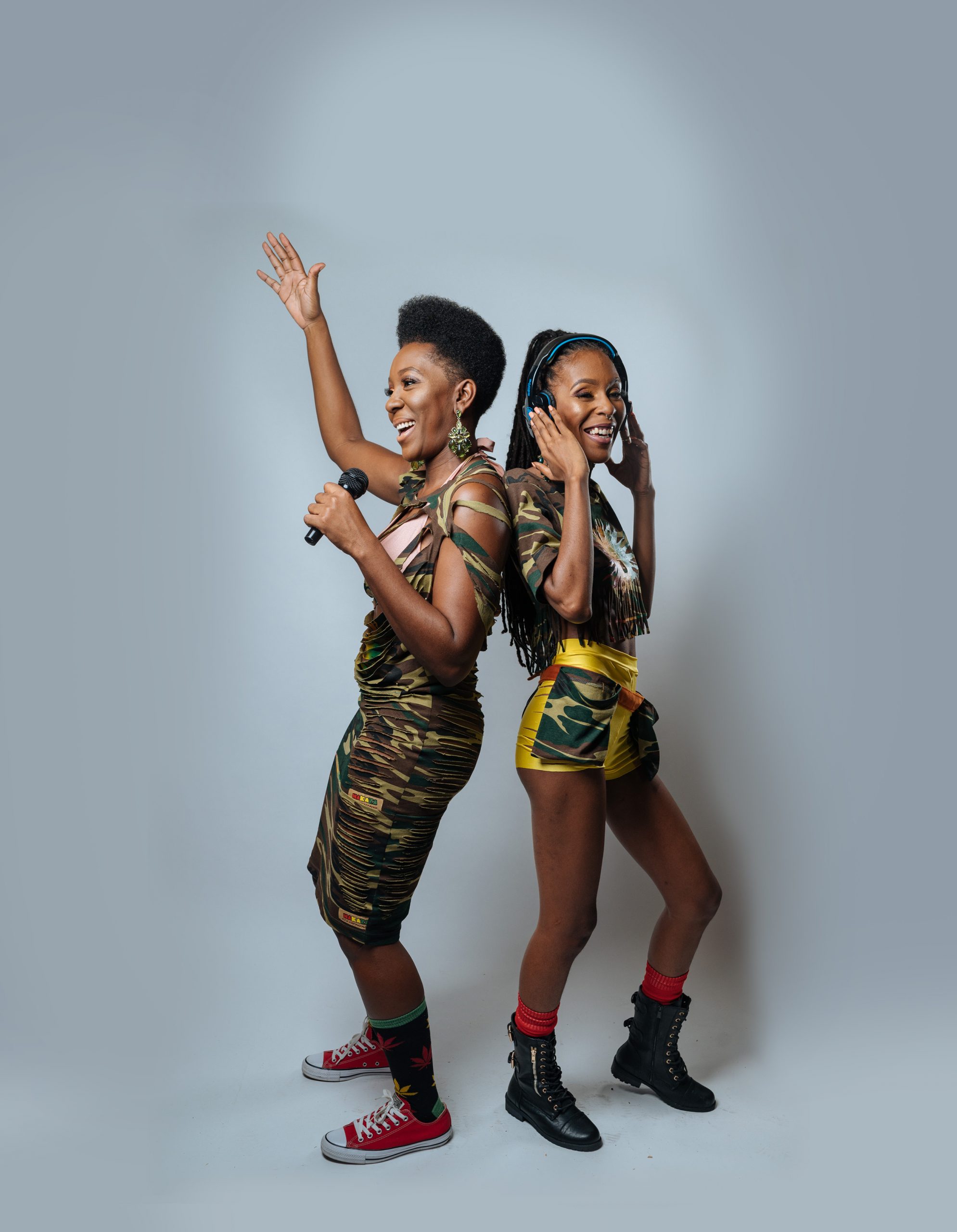 Whether it’s the prevalence of DJ-ing software – or the rise of a new generation of bold, fearless females – more and more women have been taking to the decks in recent years.

One thing that remains noticeably more scarce however is all-female sound systems.

Sistah Souljahs – aka DJ DD and MC Steppa – have been breaking boundaries and hyping up the local entertainment scene since 2006. And now one of Antigua’s hottest acts is on a mission to be named among the top 100 female DJs in the world.

The duo is part of online community ‘DJanes’ which is currently running its annual contest to name the best tune-spinners based on votes from the public.

With competition from the likes of Nervo and Nina Kraviz, along with Caribbean contemporaries such as Trinidad’s DJ Ana, the girls know they have their work cut out.

“There are some really, really well known DJs on there, some with 60,000 followers each, so I have to be realistic,” DD, whose real name is Damara Phillips, tells Observer.

“But we want to get the Antigua public involved because so much of the stuff we do is overseas, let more people know what we are about and invite them into our world.”

Phillips first started DJ-ing when she was in high school and later showcased her mixing ability to a national audience on Hitz FM.

She joined musical forces with best friend MC Steppa Joelle Thomas when her original MC had to leave the act.

“Joelle was my best friend from high school so it happened organically,” Phillips explains. “Given her personality, Joelle became the mouthpiece of the group. We both identify with the sound system culture; MC Steppa is the hype girl and I play the music.”

Outside the party arena, the pair enjoy successful professional careers; Phillips works as a freelance graphic artist and web designer while Thomas is a teacher at the Adele School.

“I feel, as women, we are needed in the entertainment space which is still pretty saturated by males,” Phillips continues. “I don’t really know why there aren’t more female DJs – some women are shy and it’s a male-dominated scene so if you’re not really strong you don’t get very far.”

Harassment remains all too common too, Phillips says. That’s a sentiment echoed by her counterparts across the globe – more than one in three female DJs reported experiencing sexual harassment, discrimination and being treated as though they were incompetent, according to the Pew Research Center.

“I know many females who have started out but don’t carry on very long. It’s really tough – you can be targeted for how you look etc, so it’s a lot to deal with,” Phillips says.

Voting is already underway on the DJanes website. To vote for Sistah Souljahs, visit djanemag.com/topdjanes and add the act’s name. The same act can be named in each of the five entry spaces.

Phillips adds, “It would mean a lot to us to make the top 100. I don’t know of any other female sound systems in the Caribbean and to be able to represent Antigua and the region would be really cool.”