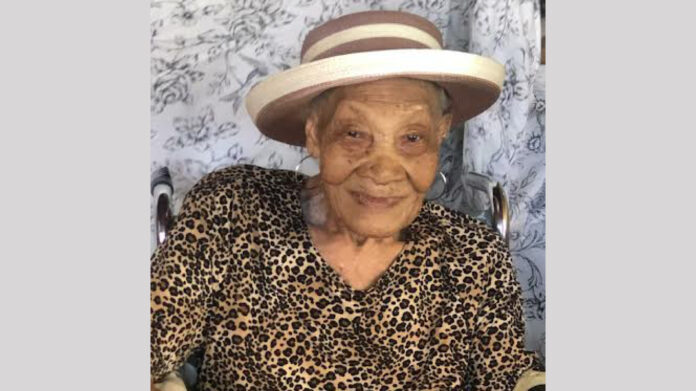 A woman of strong belief and faith who has lived a long Christian life, she thanks God daily for all her blessings, and until recent years she read the Bible daily.

Mama was born in John Hughes Village in the parish of St Mary’s on September 23 1922 to Matilda Daniels and Thomas Burton. She had two sisters and one brother – Rose Francis now deceased, Daisy Burton who lives in New York and will be 95 this month, and Ethel Burton who is also deceased.

In her early years she attended school in Sawcolts and then went to live with her aunt Winnie in Parham where she completed her education.

Mama was a farmer who always worked the land, as well as a homemaker and an entrepreneur who sold her produce and remedies at St John’s Public Market. She had many little businesses going and on the weekends she also prepared and sold meals as a second income to sustain her family.

Mama was a devout churchgoer and a member of the All Saints Anglican Church Mothers Union. She also worked at the Department of Public Works as a cook for the men who worked on the street and also as a cook at the Antigua Development Bank.

Mama always had a love for music and dancing. Most weekends she spent time with her friends attending dances around the island.

She was always and still is a very sociable and friendly person who values all the friends she has on the island as well as those abroad.

Mama is loved by everyone and has always been encouraging and supportive, and motivated family and friends to work hard and achieve whatever they wanted in life.