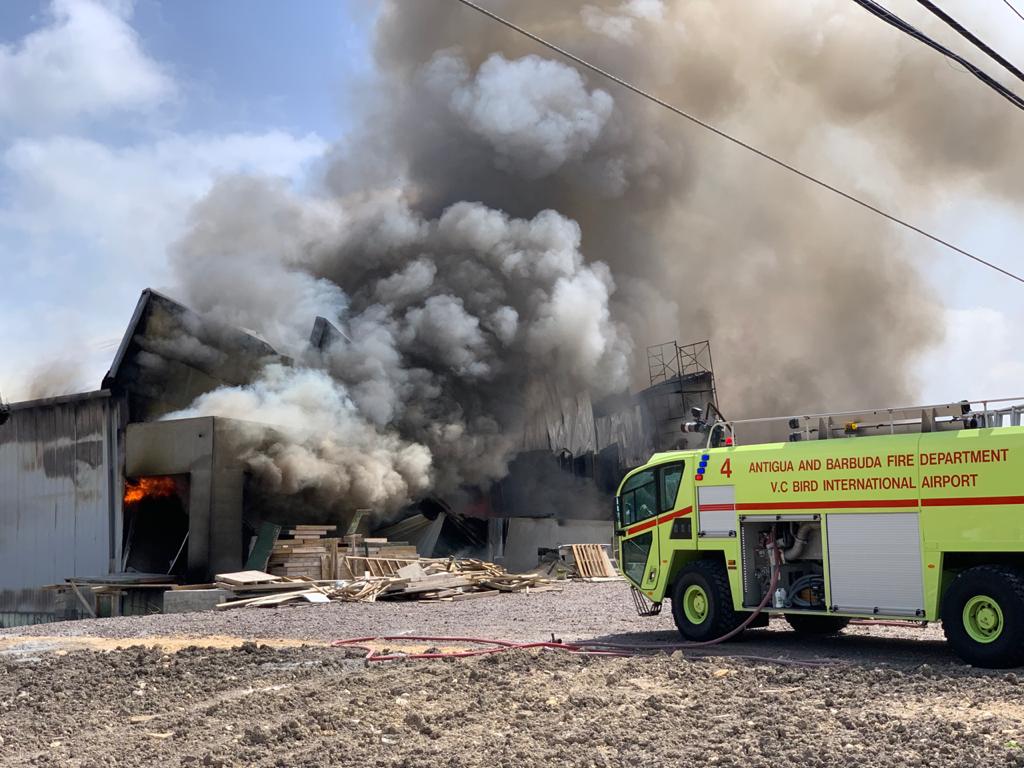 Yesterday was a very tough day for the fire brigade, due to a number of incidents, and one of the most tiresome tasks was trying to put out a fire which engulfed a building on Cedar Grove Main Road.

Fire Chief Elvis Weaver told Observer that the firefighters arrived on the scene at around 1 pm but the building was already engulfed by flames.

He said: “We have no idea when this fire is going to be put out because to get to the fire is very difficult and the trucks have been going to replenish and back for the whole afternoon. The water just keeps running off.”

And up to five hours later, clouds of smoke still blanketed the area.

The unquenchable fire is believed to have started when small pieces of heated metal from steel columns went through a hole which a welder was cutting into the top floor of the building.

According to reports, after the bits of metal passed through the hole in the floor, they apparently ignited some flammable material which was being stored on the lower level of the building.

In fact, it was revealed that one of the workers, who was upstairs, smelt the smoke and upon investigating, he discovered that it was coming from a hole in the floor.

He and the other workers quickly evacuated the 100ft x 120ft x 50ft tall steel framed, concrete and galvanized structure before it was gutted by the fire.

When firefighters arrived on the scene, the blaze had already proved to be uncontrollable, and they were left with no other option but to wait for the fire to burn out on its own.

The owner of the property, Paul Aflak, said that the building was supposed to serve as a warehouse as well as a retail business and although it was still under construction, it was also being used to store goods.

No one was hurt in the fire.