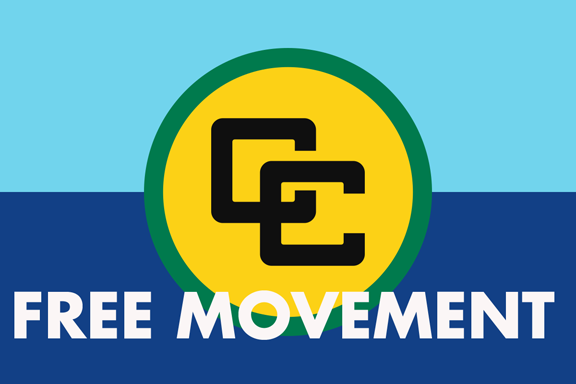 The Caribbean Court of Justice (CCJ) has approved a decision that would allow CARICOM countries the right to reject free movement status to certain classes of workers without reciprocity.

The CCJ decided that it was lawful for Antigua and Barbuda and St Kitts-Nevis to request an opt out of the obligations to accept agricultural workers and security guards, as part of the category of workers who are allowed to move and seek employment freely within the Caribbean Single Market and Economy (CSME).

“Member states of the Caribbean Community (CARICOM), under Article 27 (4) of the Revised Treaty of Chaguaramas (RTC), can opt out of a decision once the fundamental objectives of the Community, as laid now in the Treaty, are not negatively affected,” the court decided last Wednesday.

The court noted that prejudice to a fundamental objective could be determined using principles of “proportionality” and by balancing a number of competing considerations, importantly the extent of the prejudice.

It also decided that nationals of Antigua and Barbuda and St Kitts-Nevis, who are security guards and agricultural workers, are entitled to enjoy the benefits of the enlargement decision. This means that while these two countries will not accept the two categories of workers as being regional citizens under the CSME agreement, their citizens can move and work in other member states.

Less than six months ago, the court had promised to deliver its decision on whether countries within the CARICOM could lawfully choose to opt out of obligations set out in the CSME agreement.

CARICOM heads of government had asked for advice after the body decided to give special consideration to Antigua and Barbuda and St Kitts-Nevis. Both countries had requested to opt out of facilitating the movement of agriculture workers and security guards for a period of five years.

Subsequently, the question arose over whether it was in fact lawful for a member state to opt out of a conference decision and whether the ‘principle of non-reciprocity’, could allow nationals of any member state opting out to gain the benefits of that decision.

The CCJ explained that certain conditions are needed for the effective implementation of an opt out to include a request by one or more member states to opt out; that the decision maker must be a competent organ of the Community; and that the Conference of Heads of Government must agree to the request of the member state to opt out of the relevant decision.

An opt out, it stated, is only permitted if the “fundamental objectives” of the Community, as laid down in the RTC, are not prejudiced or undermined by the opt out.

The CCJ therefore concluded that in the cases of St Kitts-Nevis and Antigua and Barbuda, there was no fundamental breach of the objectives of the RTC and that the opt out was made available to two member states, each of which is categorised as a less developed country; and secondly, the duration of the opt out in each case was temporary.