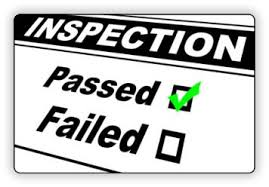 The country’s Chief Health Inspector (CHI) has revealed that her department has been so overwhelmed by the amount of work to be completed in order to return the country to some level of normalcy, that enforcing health and safety standards on public transportation has been overlooked.

“Not right now. To be honest with you, we have not done that … we have not really been checking on buses,” Sharon Martin said on Tuesday.

The admission came after she was asked about enforcing health and safety protocols on buses following a Gazette publication on June 24 that buses were now allowed to resume normal operations.

The publication has been a source of confusion with both Martin and Information Minister Melford Nicholas admitting that they knew nothing about the change.

“When I heard buses were told that they can start carrying people full capacity, I marvelled; I was angry, real angry too,” she said, adding that she would have never subscribed to the measure.

Martin, who said she was not consulted, has since called on the government to review its decision and to find “other means” in which to assist bus drivers who she classed as “very important people”.

“You can’t be serious if you are telling buses to go back and operate at full capacity,” she noted.

While the jury is still out on why bus operators were given the okay to operate at maximum capacity, Martin said the health department has been inundated with calls and requests for inspection from business owners who are anxious to reopen, and so enforcement of public transportation has not been a priority.

As the week began, the CHI, on the request of Public Safety Minister Steadroy Benjamin, was asked to inspect police stations across the island and to report any gaps in health and safety protocols.

At the same time, she and her team are to inspect supermarkets, stores, hair salons and barbershops, nightclubs and restaurants, as well as childcare centres in an effort to reduce the spread of Covid-19.

Martin said she is willing to spare “a health aide or two” to help enforce the protocols on buses, but also called on authorities at the Transport Board to assist further.

The bus drivers, she pointed out, also have a responsibility to safeguard their customers by providing hand-sanitising agents and by not allowing customers without masks into their vehicles.

“If the passengers become ill and cannot ride the bus how [are] they going to take home money?” she noted.

Meanwhile, the Central Board of Health has posted guidelines for public transport which, contrary to what was published, require a limit on the number of persons seated in a vehicle based on the total number of seats, and mandates that the seat adjacent and directly behind the driver be left vacant.

Bus drivers are also required to clean and disinfect their vehicles after every trip and before receiving new passengers; keep windows down during the journey; limit direct interaction with passengers; and install material that is easy to clean on the seats.

Passengers and drivers must wear face masks at all times, and passengers must sanitise their hands and luggage before entering the buses.