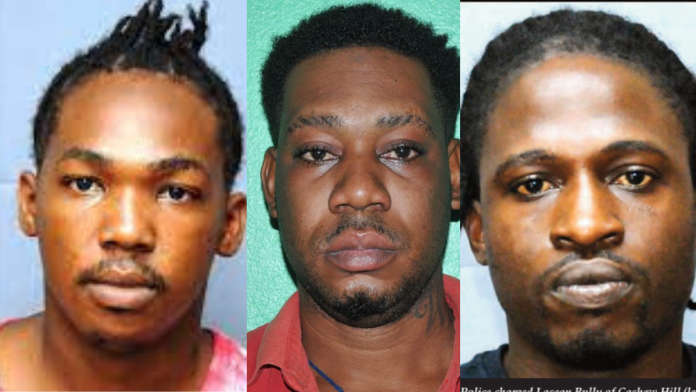 The murder case involving late senior Customs officer, Nigel Christian has been adjourned until October, 6, 2021 after the prosecution told the court that they are still awaiting forensic evidence that they had sent overseas.

On April 9, 30-year-old Lasean Bully of Cashew Hill and 28-year-old Wayne Thomas of Hatton made their first appearance before Magistrate Ngaio Emanuel-Edwards after they had been taken into custody and questioned earlier that week.

They are believed to have abducted Christian from his home at McKinnons on the afternoon of July 10, 2020.

The Magistrate set the date for the committal hearing to July 7 and remanded them to Her Majesty’s Prison.

Then, about a week later, a third person — Saleim Harrigan, 30, of Greenbay — came before the court charged with the same killing.

He, too, was remanded and ordered to return to court today alongside the other two men.

A few hours after Christian was forcibly removed from his home, he was found dead in the Thibou area, with what appeared to be multiple gunshot wounds about his body.

It is believed that the crime was committed by four individuals.

The prosecutors indicated that the police investigation is still ongoing.

Christian’s killing came nine months after another Customs Officer, Cornell Benjamin, was shot in the legs.

Both men had reportedly been investigating a major fraud relating to a multi-million-dollar shortfall in revenue on items shipped into the country’s port.