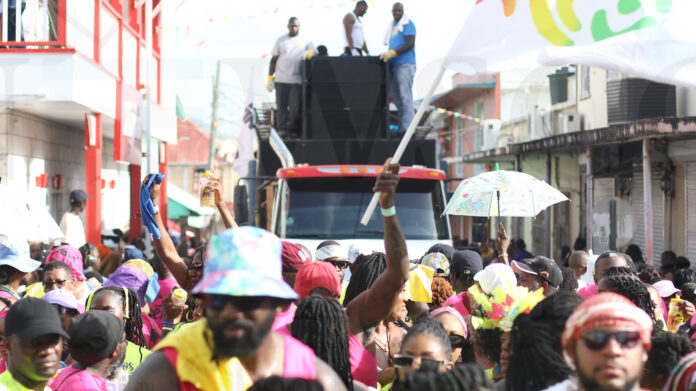 Police are describing Carnival 2022 as “a success” having been “almost incident-free”.

According to police PRO Frankie Thomas, there were not many reports of crimes and there were only three minor wounding incidents.

“These three victims were taken to the Sir Lester Bird Medical Centre and were treated and later discharged and the report is that the injuries are non-life-threatening,” he told Observer.

He went on to applaud the public saying, “Outside of that I think the general public conducted themselves in a very responsible, respectful and orderly manner and for that we must express our sincerest appreciation.”

“In terms of what worked in our favour I think, at the end of the day, is the proactive approach which the Royal Police Force of Antigua and Barbuda would have adopted in that we would have issued several crime prevention and safety tips.

“We would have engaged the general public through the media, educating them as to the dos and don’ts.

“I think many of them, if not all, took these advice and crime prevention tips on board and really put them into practice,” he explained.

Inspector Thomas said high-ranking police officials were due to meet before the end of the week for a “post-mortem” of the events.

“Whatever can be made public will be,” he added.

Meanwhile, traffic cop Kenny McBurnie disclosed that 18 collisions were reported over the Carnival weekend, leaving six people with injuries, none of which were life-threatening.