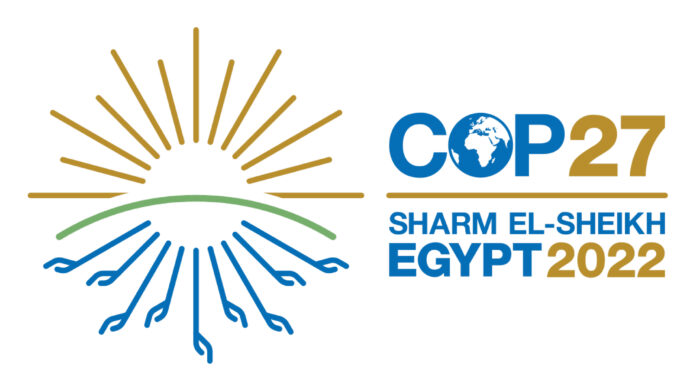 With a focus on small island developing states building resilience against the economic and environmental shocks of climate change, the government of Greece has embarked on a multi-million dollar initiative to “green” the Aegean Islands which are a group of small islands east of mainland Greece.

On November 7, representatives from Greece’s Ministry of Environment and Energy promoted the initiative during an event held by the European Union at the 2022 United Nations Climate Change Conference (COP27) in Egypt.

With an increased focus on sustainable development in the Caribbean, the Greek initiative can be a blueprint for governments in the region with the need for parallel considerations to be made in several aspects of the project.

Currently being rolled out in the smaller islands of Naxos, Tilos, Astypalea, and Halki, Greek Secretary General for energy and mineral resources Alexandra Sdoukou said the government took a holistic approach to the initiative.

She explained “We want to make these islands into green islands as we are moving towards sustainability.

“But (we want to do so) in a holistic way which means touching on several pillars including sustainable natural resource management, digitisation, improved mobility and protecting biodiversity to ultimately change the development model on these islands.”

On the island of Halki, there is a solar power system which powers the daily lives of the island’s estimated 500 residents.

Official data shows the energy bills of residents and businesses have been halved since the system was commissioned and the island was Greece’s first energy autonomous island.

On other islands, car rental companies were given incentives to replace their existing vehicles with electric vehicles while special grants and tax benefits were given to residents and businesses to aid their transition to green technology.

Training sessions were also offered to residents and businesses in communities to help them adopt practices like sustainable agriculture and zero waste principles.

To help reinforce concepts, authorities engaged residents in a robust educational campaign on the importance of sustainable environmental practices.

While the population size varies from island to island with some having a few hundred residents, and others having a few thousands, Sdoukou said planners considered the socio-economic needs of all residents while planning the initiative.

She also claimed the project has raised the standard of living for some residents, especially those who switched to solar power and saw a reduction on their energy bills.

With the Caribbean’s potential to generate solar energy, wind energy, geothermal energy, hydroelectric energy and ocean energy, it is possible to adopt similar greening initiatives in the Caribbean even if they are first piloted on smaller islands as is being done in Greece.

However, existing socio-economic challenges in the region – especially those in marginalised communities – can be a roadblock to the adoption of more climate conscious practices.

It is therefore necessary to account for any socioeconomic inequalities when planning greening initiatives in the Caribbean.

Offering financial and social interventions should be considered to ensure lower income households aren’t placed at a disadvantage when switching to green technologies and adopting any sustainable practice which may come with an initial cost.

For the Greek initiative, Sdoukou said social interventions were made to ensure residents weren’t disproportionately affected by the greening initiatives.

She explained, “Ultimately, these interventions on the islands changed completely the way they lived and this is part of the purpose of the GR-econ Islands Initiative to have a socioeconomic impact on the life of these islands.”

Greek Secretary of the natural environment and water resources Petros Varelidis said the GR-eco initiative is being funded by public-private partnerships additional funds being sourced from the European Union.

The government has also created a decarbonisation fund for greening initiatives.

Varelidis explained, “These are projects that prove the private sector and the public sector can work together and make a change.

“We managed to attract private investors to invest their money which allowed us to change the everyday habits of people.”

Companies investing in the project have been given incentives with some receiving special tax breaks and marketing opportunities.

But adding to Varelidis’s point, Sdoukou acknowledged other islands around the world may not be able to readily access funds to support greening initiatives.

As funding may not be readily available for Caribbean countries to undertake greening projects, governments in the region can court multinational tourism and energy companies operating in the region to invest in these initiatives.

The European Union already invests in renewable energy projects across the Caribbean which opens the potential for requests to be made for additional funding to invest in larger scale greening projects.

Greece comprises over 6,000 islands and islets with a little more than 200 of them being inhabited.

With many islands not connected to the mainland power grid, Sdoukou highlighted 29 islands that have their own power plants which generate energy using fossil fuels.

In the future, the government will phase out the power plants on those islands and help them transition to renewable energy.

She said, “We made a rough estimate that these 29 autonomous energy systems produce 1.5 million tonnes of carbon dioxide per year.

“We also spend around 300 million euros per year for the fuel supply on those islands to generate energy…we cannot talk about sustainable islands when we have islands with all the energy coming from dirty fossil fuels.”

Phased out power plants will be replaced by hybrid energy systems that use a combination of solar and wind energy, for example.

There are plans to establish battery storage systems on these islands to store the energy produced by renewables and make these islands energy autonomous.

The government aims to scale up renewable energy use on these islands by up to 80 percent by 2030.

While currently being piloted on the smaller Greek islands, Sdoukou said there are plans to adopt the GR-eco initiative on larger islands.

But upscaling faces unique challenges like a need for greater financing and logistical planning.

“We want all Greek Islands to be transformed into new models of sustainable development from an energy and environmental point of view.

“This will of course take time because it’s complicated and will need a lot of engagement and investment.”

Given launching on the smaller islands have created a foundation for the initiative, Sdoukou and Varelidis have expressed confidence Greek citizens and future investors will see it as financially viable.

STARTING POINTS IN THE CARIBBEAN

As some tourists become more conscious of their consumption practices and how it affects the environment, Varelidis and Sdoukou think the initiative is also a good branding opportunity for the islands as sustainable tourist destinations.

With the creation of more liveable green spaces on the islands, there are also additional tourist attractions.

Varelidis said, “The residents have shown themselves to be very much adaptable and they have understood that the initiative is an asset for them because it’s good branding.

Sdoukou said the Greek Government wants to develop the capacity to help other island nations adopt the greening model.

She added, “GR-eco islands initiative is an innovative policy that could inspire countries across the world.”

With the Greek model providing a blueprint for the greening of small islands, it is possible for some Caribbean countries to adopt the plans – in ways that work for them – on their smaller island territories.

For example, St Vincent and the Grenadines can test this initiative on some of its tourism hubs like Bequia while Grenada can envision greening initiatives for the Grenadines.

Thoughts and views expressed in observations do not necessarily reflect the opinion of Observer Newsco, its management or staff.

This article was submitted by Tyrell Gittens who is a journalist, conservationist, environmentalist and geographer from Trinidad and Tobago. Tyrell published this article with the support of Climate Tracker’s COP27 Climate Justice Fellowship.