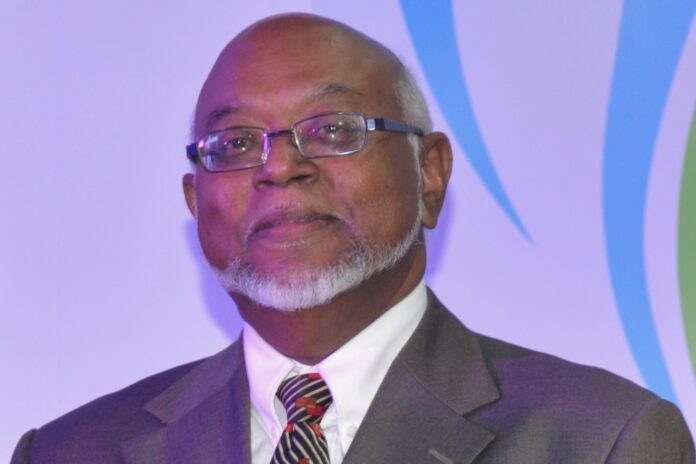 From the islands of the Caribbean Sea to territories on mainland Central and South America, the Caribbean is composed of countries with diverse geological origins which created unique geographic features over time.

For decades, the region’s waterfalls, volcanoes, seas and tropical climate have attracted tourists and driven other forms of economic activities, which have spurred traditional models of development.

But as the United Nations Framework Convention on Climate Change (UNFCCC) calls on countries to focus on sustainable development, Trinidad-based enterprise Southern Caribbean Cable Company wants to generate renewable energy from these features and develop an underwater cable network which interconnects renewable energy around the region.

Renewable energy consultant Donald Baldeosingh told the Daily Observer that feasibility studies on the proposed underwater cable have been ongoing over the past 20 years.

He said, “The answer to our energy transition (from fossil fuels to renewable energy) in the Caribbean, in my opinion, is to integrate the energy market, so that some countries producing energy and others consuming energy can work together.

“We at the Southern Caribbean Cable Company have been working on this project for 20 years and we have been producing feasibility reports since 2005.”

Baldeosingh worked in TT’s power industry, and oil and gas industry, as an electrical engineer for several years which includes a tenure as chairman of the now defunct Petroleum Company of Trinidad and Tobago Limited (Petrotrin) from 1996 – 2000.

During his chairmanship, Baldeosingh became more conscious of the country’s carbon emissions which sparked his interest to learn more about climate change and renewable energy.

“The Caribbean island chain, more or less the windward and leeward islands, typically have high geothermal energy potential much greater than they can consume.

Baldeosingh explained volcanic islands like St Kitts and Nevis, St Vincent, Dominica and Grenada can all build large energy plants but there currently isn’t a reliable market for renewable energy in the Caribbean.

“The problem with all these places is that they are also disconnected from each other not only by distance but they all have their separate electrical grids.

“Just as we have telecommunication cables hopping from island to island, we (Southern Caribbean) will have a power cable carrying power generated from renewable energy from island to island. Over the longer span, we will use high-voltage, direct current (HVDC) which is world accepted for transferring bulk power over longer distances.”

Baldeosingh explained the undersea cable network also factors in the need for energy grids to be climate resilient.

With the Atlantic Basin prone to the development of more intense tropical systems and countries experiencing more catastrophic landfalls.

Baldeosingh said the undersea cable network is less likely to be affected by these extreme weather events as opposed to above ground wires.

As such, countries are less likely to have debilitating power losses which mitigates the effects on livelihoods.

“What usually happens is, if a power station on one of the islands gets hit by a hurricane, the whole island blacks out. But with this system, you can then pull your power from a different island using the cables.”

Apart from simply planning a cable to transfer energy, Baldeosingh pointed out the planned network addresses the needs for countries like T&T to develop their renewable energy infrastructure and transition to renewables with this being incorporated into building proposals.

The first “leg” of the undersea cable is proposed to be laid between T&T and Guyana as T&T currently generates an estimated energy surplus of 700 megawatts.

“Rather than trying to get a grand scheme where every country signs on, which will take a lot of time, we propose to build the system leg by leg in stages.

Once these countries start producing their own renewable energy, the surplus can be transferred to the expanding regional power grid for TT and others to start minimising the country’s use of hydrocarbons for power generation.

Feasibility studies have shown that building a hydroelectric plant in Guyana which can produce 1,000 megawatts is enough to supply Guyana’s new industrial demand and export to Brazil or Trinidad as the project expands.

In the long run, Baldeosingh predicts this will phase out T&T’s reliance on natural gas generated fuel.

“This is how we begin using gas as a transition fuel because we already have the gas fuel available to help with the transition to renewables.” He added, “When we build the proposed dam in Guyana, the lake created will also have floating solar power panels on it so that the space can be used to produce solar power without giving out any more land.”

In addition to greater sustainability, Baldeosingh said the company’s feasibility studies have shown the project can help reduce energy bills in the region as countries have a greater choice in determining where power is bought.

“If the cheapest source of power is hydroelectric in Guyana, then people buy from you or if it’s better for them to use the geothermal they use that and have the hydropower as your backup. In your worst case, you have your gas generated power in T&T available as a backup and T&T then uses mostly renewable energy from the grid system. In this case, when T&T turns on their gas power generation, it will only be for the best price it can get and when it’s absolutely necessary.”

The cable’s first length from Guyana to T&T costs an estimated USD$1 billion.

The company foresees the project being a public-private partnership which allows governments in the region to have a share in the project.

Multilateral financial agencies like the Inter-American Development Bank and the European Investment Bank have expressed interest in the project.

“The whole region wide cable can be built over ten years and will cost more than USD$10 billion but it’s viable.

“We are proposing that one country take the lead – which can be T&T – to have the central dispatching facilities which oversees the systems overall power management.

“At the moment, InvestTT is onboard in investor sourcing and the project is listed on their website among projects they are promoting.”

“The tourism product will also become more competitive because when you go to a lot of hotels in St. Vincent and other islands, the item that you pay the most for and you don’t see is the cost of electricity.

“Imagine if we can dramatically reduce the cost of electricity, the whole tourism product which is the mainstay of a lot of Caribbean economies would become more competitive.”

Expecting people to question the feasibility of the project, Baldeosingh said similar networks already exist in island regions like Indonesia and the Philippines.

Thoughts and views expressed in Observations do not necessarily reflect the opinion of Observer Newsco, its management or staff.

This article was submitted by Tyrell Gittens who is a journalist, conservationist, environmentalist and geographer from Trinidad and Tobago. Tyrrell published this article with the support of Climate Tracker’s Caribbean Energy Transition Journalism Fellowship.