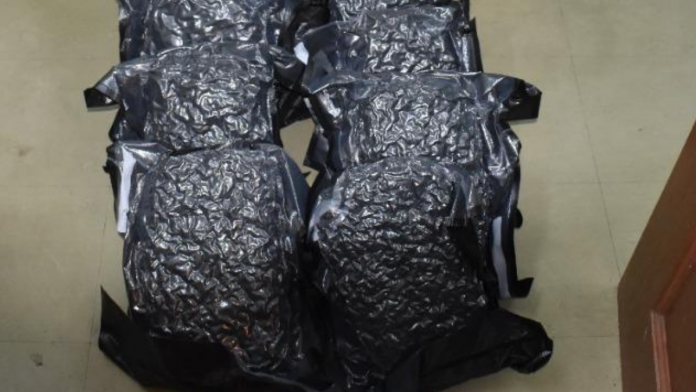 Over 120 pounds of Cannabis were seized by at the VC Bird International airport over the weekend.
Several vacuum sealed packages with the controlled substance were found among two separate shipments on the airport’s cargo shed on Friday.

It was discovered during a joint operation conducted by the police and the Customs Department. Police say one of the parcels weighed nine and a half pounds and the other 24 and a quarter.

Both packages are worth over seven hundred thousand dollars combined.

Investigations into this latest discovery are ongoing.