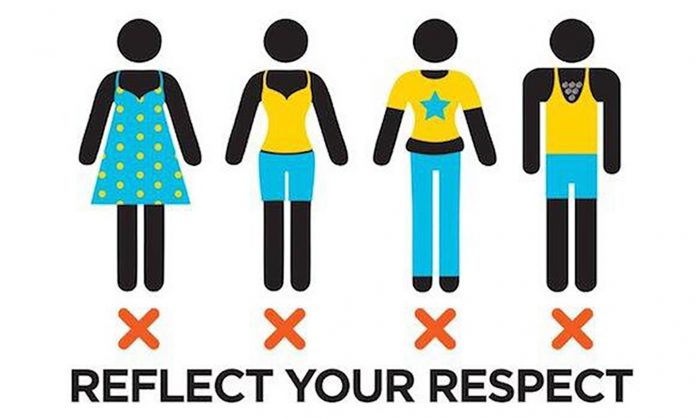 Discussions surrounding dress code in public places, more so, government offices, will form part of the agenda for next week’s Cabinet meeting.

“I just want to indicate to the public that it has been drawn to our attention, and a number of other Caribbean states have commented or made regulations or policy positions on these particular issues. One of our ministers pointed out, though that as far as the dress code is concerned, it comes over as being sexist because the restrictions – well, most were exclusively restrictions on clothing that women would wear — so, we have asked the Cabinet secretariat to produce pertinent information for our deliberations next week,” Nicholas revealed.

Nicholas noted that changes will have to be made to the policy, but for the Magistrate’s Court those stipulations will more than likely remain in place.

“There are likely to be some changes in a positive direction in respect to the dress code that had been affected … and while we respect the most recent one, having to deal with the code of dress for the courts, there may still be some status quo maintenance of dress code for the courts, but in respect of other public offices and government offices, clearly, there has to be some review of that and we intend to do that next week,” he added.

The issue of appropriate attire in government places has been a long-standing matter as residents have been turned away from conducting business. This has been the stimulus for several debates on social media, with many people believing that some of the policies are outdated and downright sexist.

Senator Bakesha Francis-James was the most recent official to speak on the matter during the Senate debate earlier this week, as she called for the policies to be addressed.

The matter has been making the rounds regionally, as well, with Jamaica announcing that they were working on a dress code policy for work and school that will reflect the principles and values of independent Jamaica.

That announcement was in response to social media outrage over a Supreme Court decision in the matter of a young child who was denied access to education at a primary school in St Catherine due to her having dreadlocks.