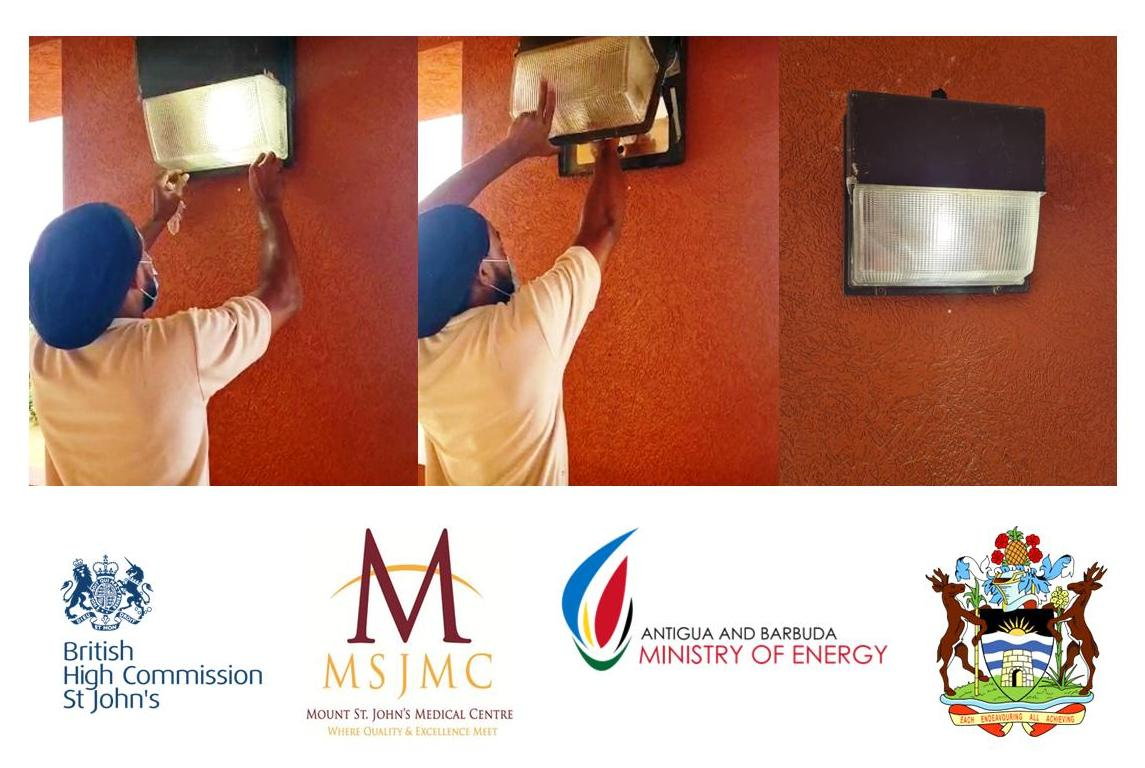 Mount St John’s Medical Centre (MSJMC) is expected to save approximately $28,000 annually in energy costs, thanks to financial support from the British High Commission in St John’s.

The Commission has contributed EC$14,700 towards an exterior energy-efficient lighting upgrade project being undertaken in partnership with the Ministry of Civil Aviation, Public Utilities, Transportation and Energy (PUCATE).

According to a release, the hospital “will have its current compact fluorescent mini-spiral bulbs replaced with more efficient LED lights. This lighting retrofit will enhance the overall appearance of the hospital, reduce energy consumption and electric costs, and ultimately save taxpayers’ money”.

MSJMC’s Director of Administration, Gary Thomas, remarked that the hospital was delighted to work with the British High Commission and the PUCATE on the exciting project.

“As MSJMC strives to be a more environmentally friendly facility, we’re happy to add to the photovoltaic [solar-powered] streetlights already in place and to expand our energy conversion/conservation programme with the installation of LED lights at strategic points on the exterior of the building, helipad as well as interior lighting.

“We are now a little closer to achieving our SMART Hospital status, thanks to the investment by the British High Commission,” Thomas added.

Minister of Public Utilities Sir Robin Yearwood also thanked the Commission for its “generous and prompt response to our request for support in the important area of energy conservation”.

“The Energy Unit within the Ministry, with support from the Caribbean Development Bank, spearheaded an initiative aimed at identifying opportunities for energy efficiency and conservation at a number of government buildings including MSJMC, VC Bird International Airport and the Government Office Complex.

“The tangible support from the UK will result in considerable electricity savings at the country’s main health care facility while at the same time improving the quality of the lighting available,” he added.