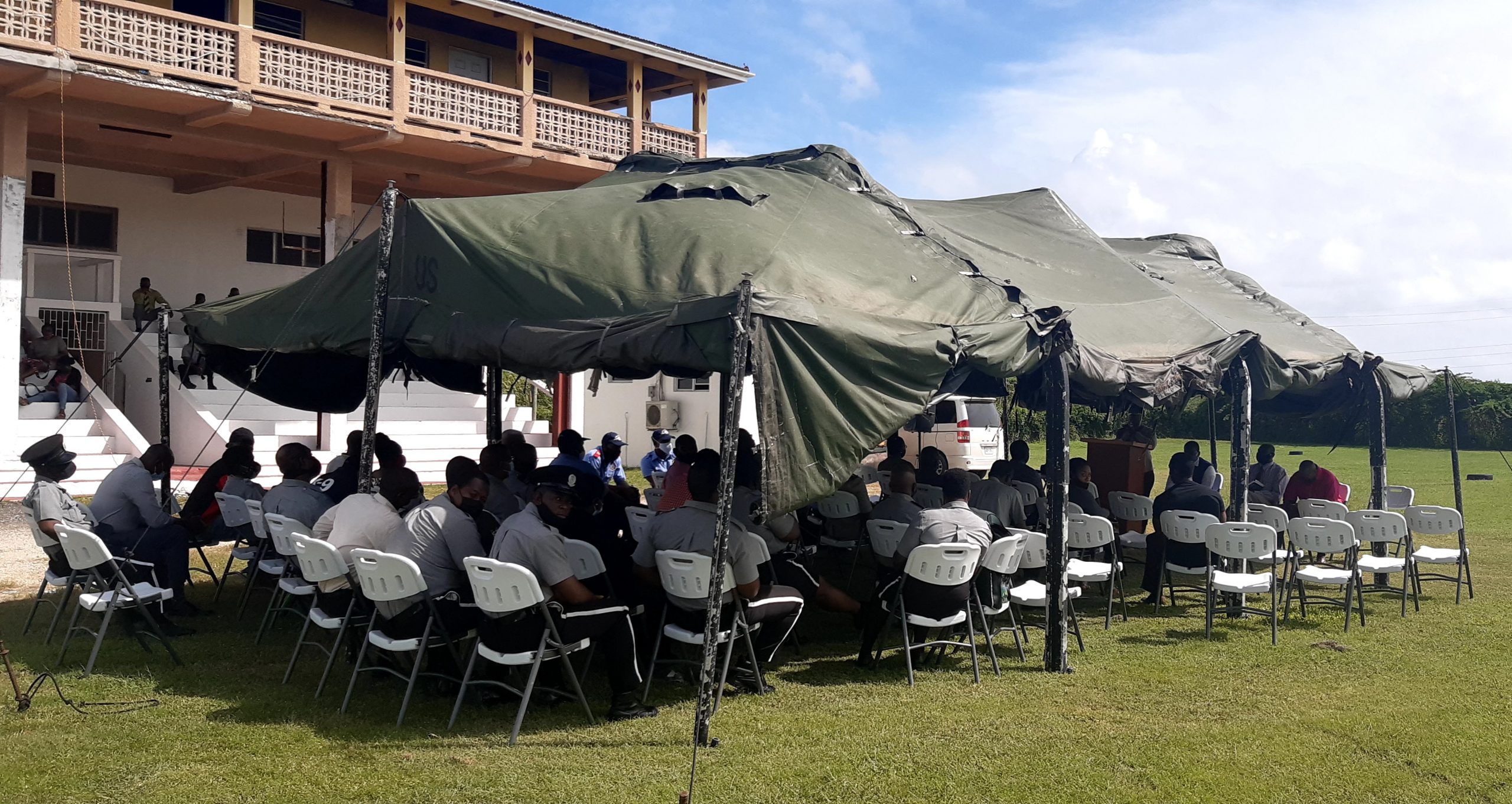 Story and photos by Elesha George

Police officers have returned to the Police Recreation Ground for the third time this year to air a litany of grievances which include issues with retirement benefits, the poor state of their stations and recent attacks on officers.

On Monday, the Criminal Investigations Department was apparently set on fire while a handful of officers were at work.

Members of the welfare executive, who said they visited the CID building after the attack, claimed security measures were lax and assailants could easily enter to set the premises alight.

Today, more than 150 officers gathered, demanding better protection while at work to include the installation of CCTV cameras, as well as proper lighting and fencing around each station.

Those in attendance were mainly senior officers whose pension and gratuities periods are soon approaching.
The Police Welfare Association is expected to view temporary police stations on Thursday morning.

Chairman Roosevelt Browne addressed the officers and said if they are not satisfied with the temporary stations “we will not accept them”.

“We’re not fighting against anybody and we don’t have no political ambitions or affiliations. We’re just fighting for what the police should be getting so that we can effectively carry out our duties to the country,” Browne said.

Deputy chair Marilyn Harris reiterated the call for the mandatory age of retirement for all police officers to stay at 60, amid proposals to increase it to 65.

“Your executive is looking forward to go to parliament when they are reading the second and third reading of the Bill and we will bring back good news,” Harris declared.

The executive also wants the requirement of a minister to sign off on early retirement removed from the proposed legislation.