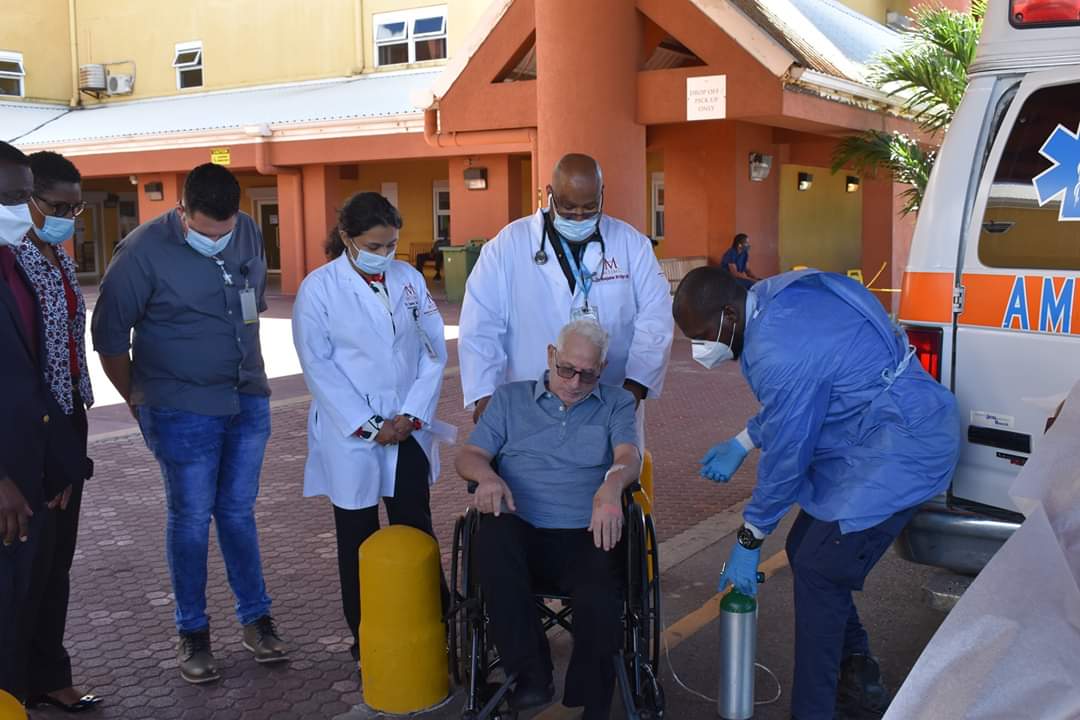 According to a Facebook post by the Ministry of Health, Wellness and the Environment, Dr Raymond Daoud has been released from the Mount St. John’s Medical Centre after being admitted to the institution on March 27, 2020.

Dr Duncan thanked all of the Doctors and Nurses who played a pivotal role in the successful treatment and care of Dr Daoud during his 16 week stay at the facility.

He noted that Dr Daoud is in good health and strength after being on a ventilator for a period of time.