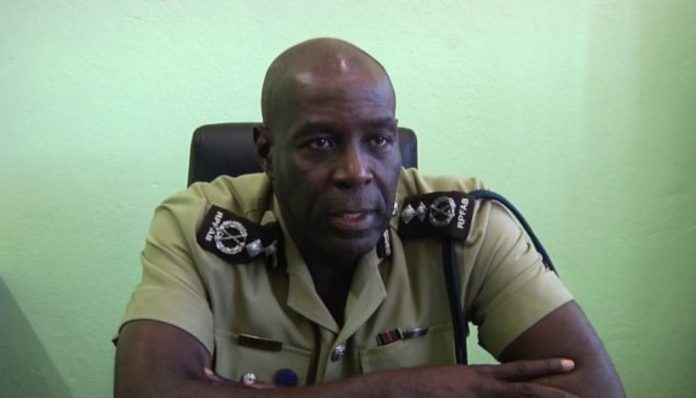 Atlee Rodney has been given confirmation that he will formally assume the post in which he has been acting in since April, 2018.

The Minister with responsibility for the police, AG Steadroy Benjamin, told our newsroom that Rodney was yesterday confirmed as the Commissioner of Police of the Royal Police Force of Antigua and Barbuda.

Commissioner Rodney met with members of the Police Service Commission (PSC) on Tuesday, where he was served with his letter of appointment, effective November 25th 2019.

Rodney had assumed the post of Acting Commissioner after the suspension of then embattled Police Commissioner Wendel Robinson. Robinson was subsequently fired in November, 2019.

The appointment of the police commissioner is the duty of the Police Service Commission (PSC) acting on the advice of the prime minister.

In a release by the police, both Rodney and Wade expressed gratitude to the men and women within the organization, and to their families for their unwavering support over the years.

The newly appointed commissioner used the opportunity to encourage the men and women under his command to remain committed and united in their efforts to make Antigua and Barbuda a safer nation.