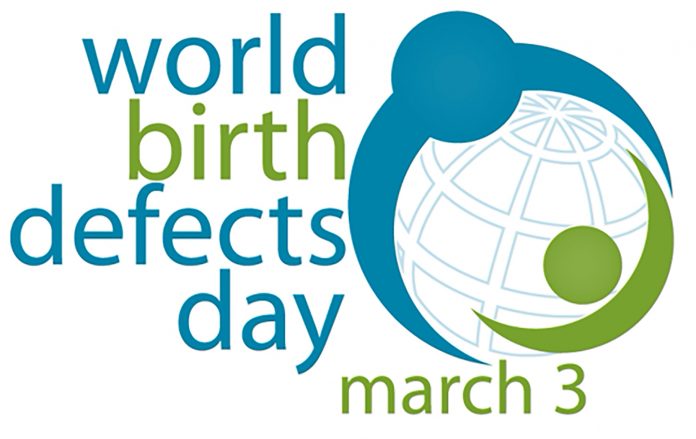 By the Ministry of Health

Yesterday, March 3, was “World Birth Defects Day”, and the theme for this year is “Many Birth Defects, One Voice.” The primary objective of the day is to raise awareness of birth defects, their causes, and their impact on global society.

Birth defects or congenital anomalies are an unpopular topic. It is one that will never garner any significant attention, simply because most parents are unwilling to discuss this critical issue. Some have mixed feelings when faced with the reality that their son or daughter will never be normal.

For most, the immediate response is one of sadness or regret. Others view birth defects as an embarrassing situation or a sign of failure as a mother or father. Therefore, pride does not permit them to participate in such discussions.

Several babies who were born with birth defects in Antigua and Barbuda decades ago, became wards of the state. They were abandoned by their mothers who secretly left them at the hospital. Many lived to become teenagers with Holberton Hospital and the Fiennes Institute becoming their permanent residence. There, the medical and auxiliary staff automatically assumed the role of parents to those children.

On the other hand, many would never consider abandoning their babies. Yet, they often take them home and place them in a room where they are isolated and hidden from the public’s view.

It is estimated that every four and a-half minutes, a baby in the United States of America is born with one or more birth defects. More than 8 million babies are born with birth defects annually, worldwide.

Birth defects can affect any part of the body and can be internal or external. Visible defects include missing fingers or toes, cleft palate, and deforming birthmarks. In other cases, it can be an underdeveloped kidney or a hole between the lower chambers of your baby’s heart.

Examples of other defects include duodenal atresia – an obstruction in the small intestine which causes extra fluid around the baby during pregnancy. Such a condition is associated with other genetic syndromes.

Another critical example is that of neural tube defects, including spina bifida. This condition occurs when there are issues with the development of the spine. There are three types with ranges in the level of disability. Although all of the causes of spina bifida are unknown, one serious cause is a deficiency of folic acid before and during pregnancy.

Not all birth defects are visible at birth: defects such as scoliosis may take months to be detected and an abnormal kidney could take years. Whereas some defects are linked to a genetic condition, there are those which continually baffle the mind of medical experts who are yet unable to find the causes of some birth defects.

In our small space, some people are insensitive to the plight of others and those who disregard the concept of empathy and kindness. Those born with defects are often ignored or mistreated which must be painful to parents and make the task of discussion a challenge. However, one parent was willing to share her experience.

In 1999, a young girl with no known medical conditions became pregnant and went into labour at five months. She gave birth to a baby boy who we will call Joseph. His birth weight was one pound, two ounces and he was placed into an incubator for four months.

At around six pounds, he was released from the hospital and sent home. But as he grew, it became apparent that something was wrong as he could neither stand nor walk. He was constantly dragging around on the floor. After a year of observing him, his mother was instructed to “take him to a bone specialist”. He was later diagnosed with spinal bifida.

Since that time, wheelchairs have been his feet. With the assistance of a wheelchair, he was able to attend primary school for four years. After the age of seven, he was sent to the Adele School. His time at Adele School extended to a decade and he left at age 17.

That baby boy is now 22 years old, and he is categorised as a person living with a disability. He is a living, breathing human being who feeds himself, takes a bath without assistance, and holds conversations with anyone willing to listen. Most of all he is loved, cared for, and happy.