The long overdue separation of the police force and the fire brigade could be coming in short order with the Police Act 2022 expected to be taken to Parliament next month.

Attorney General Steadroy ‘Cutie’ Benjamin made the revelation while giving the keynote address at a graduation ceremony for dozens of new recruits at the Sir Wright F George Academy on Thursday.

In addition to that separation, the fire brigade will be renamed.

“There will be an act in Parliament. We are changing the name from the ‘Fire Brigade’ to the ‘Fire Rescue and Services Department’. We are now in 2022 and that Act was passed in 1956. We are going to bring that Act up to date amid the challenges of today,” the AG said.

“We will be the last country in these parts to separate the police force from the fire brigade. It is my honour, my duty, my distinct pleasure to lead that discussion of separation.”

An independent tribunal will also be established to investigate police officers who have complaints lodged against them.

Another Bill will be taken to Parliament as well regarding legal affairs.

That is the Prison Act of 2022, which will result in the renaming of Her Majesty’s Prison.

“We shall rename that building at the east of the Antigua Recreation Grounds as the ‘Correctional Facility situated on Coronation Road building 1735’.

“The whole concept therefore of the stigma, you go to jail, you gone 1735, you’re a prisoner, will no longer be there,” Benjamin added. 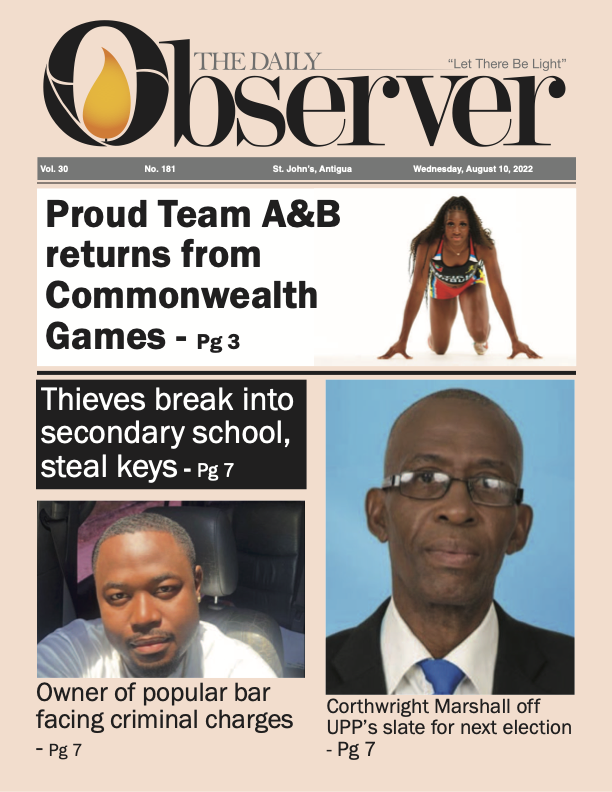