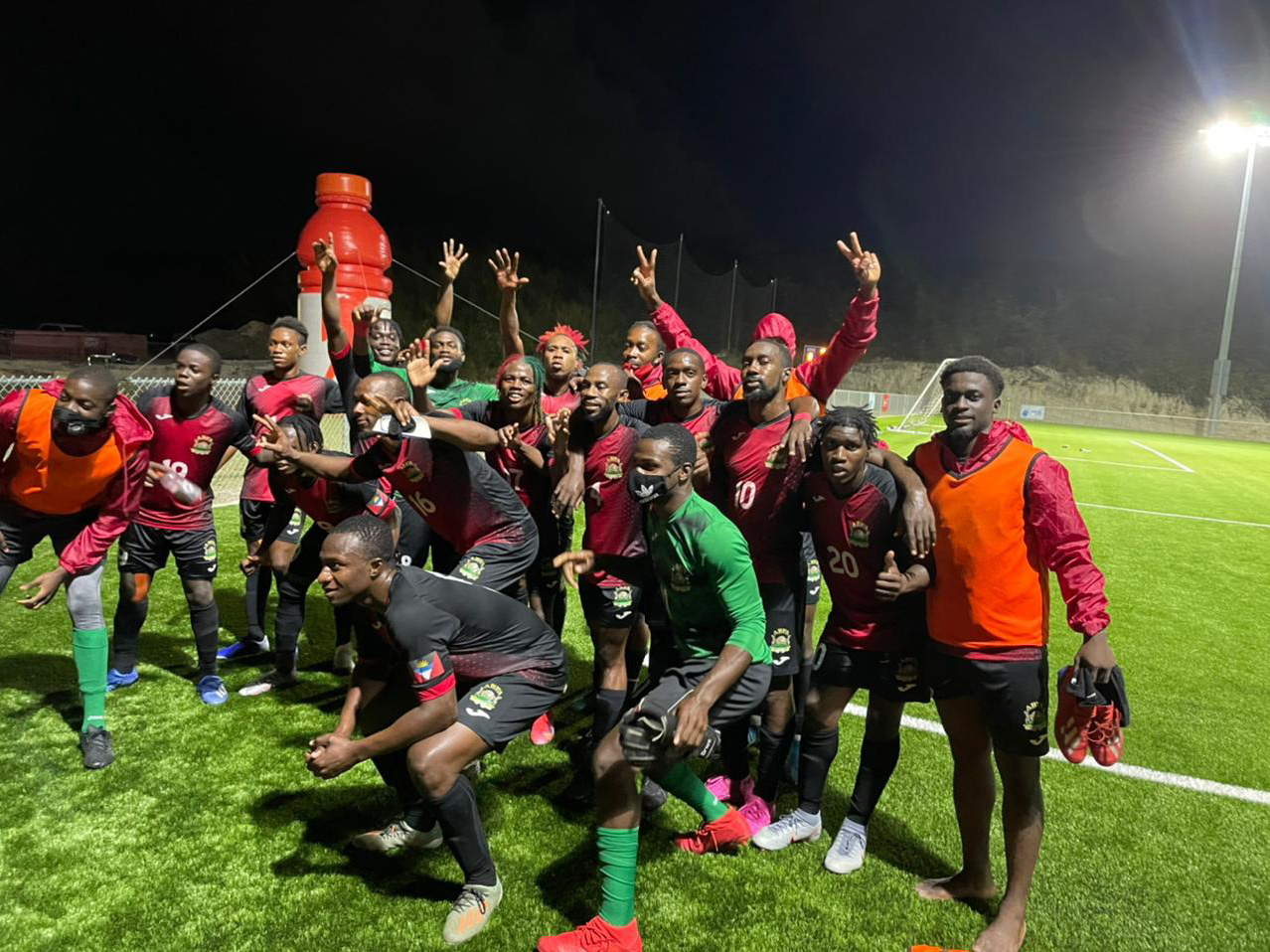 The Antigua and Barbuda Senior men’s football team, the Benna Boys, recorded their first win in the ongoing FIFA World Cup Qualifiers over the weekend.

The Benna Boys who were forced to play with an all-local cast on Saturday night trounced the US Virgin Islands 3-0.

The first goal came by a header made by veteran striker, Peter ‘Big Pete’ Byers, in the 26th minute while the other two goals came from captain Quinton Griffith.

Griffith made it 2-0 by way of a penalty kick in the 34th minute, while the third and final goal came in minute 42.

Coach George Warner was elated after the team’s performance.

“I think it was an excellent performance basically. We saw tonight what we have been working on for the past eight weeks,” Warner said.

“Well, with Peter, you don’t know what side of the bed he will wake up on, but seems like he woke up on the right side today for us. He’s working through some injuries we really didn’t expect to play so long, but he stood up and fought for us.”

Captain Quinton Griffith also commended the team on its performance.

“I think the team performed well. We got the result that we needed, and we just have to keep working hard for the upcoming matches in June.”

This victory gives the Benna Boys a one-point edge at the top of the Group A table with four points, haven played to a 2-all draw in their first match versus Montserrat.

El Salvador are presently in second with three points, Montserrat third with one point and Grenada and the USVI fourth and fifth respectively, still without a point.

Antigua and Barbuda’s next set of matches will be on June 4th versus Grenada and June 8th against El Salvador.

Only the top team in each group will advance to the next round.