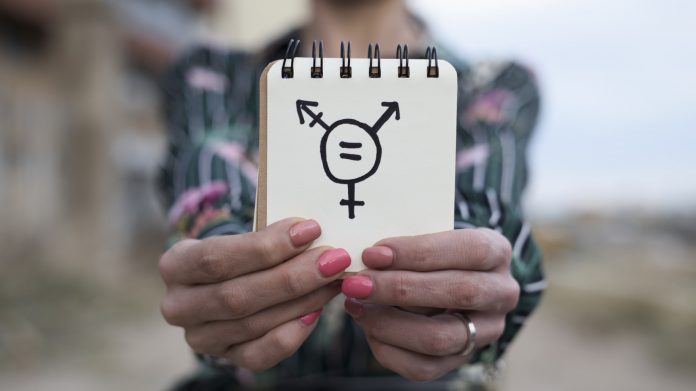 Too many young people are still suffering stigma and self-shame due to their sexuality or gender nonconformity.  The #BeYou campaign aims to put a spotlight on LGBTQ matters with a series of stories from local people courageous enough to share their personal journeys with the public – in the hope that others will be spared their pain. Because LGBTQ rights are human rights. The #BeYou campaign is part of the DECIDES Antigua and Barbuda project, implemented by Interarts and Women Against Rape, in partnership with the University of the West Indies Open Campus and Observer NewsCo, and co-funded by the European Union.

‘It’s easy to hate what you don’t understand’

Daniel was nine when he became aware he felt different to the other kids at school.

“At primary school I just wanted to play cricket and climb trees, but I forced myself to hang out with the girls,” he says, smiling at what now seems absurd.

“They’d all be talking about their favourite singers, playing hopscotch and jumping rope. I thought the way I felt meant there was something wrong with me.”

Growing up in a Christian home in Guyana, Daniel – who was born female – struggled with confusion over his gender identity for several years.

“As I got older, hormones came into play and I started to feel attracted to girls. Still, I had boyfriends just to hide it,” he explains.

It was one of those boyfriends to whom Daniel first revealed how he really felt; he was supportive and the pair remain close friends.

With a ready grin and a laidback charisma, Daniel, now 28, has an ease about him that may not have been as evident before he began to embrace his true self some years ago.

Dressed in a polo shirt, jeans and sneakers, neither does he balk at disclosing some of the more sensitive details of his journey to becoming a transman.

The term ‘transgender’ refers to a person whose sex assigned by a doctor at birth, usually on account of their external genitalia, does not match their gender identity, ie, their psychological sense of their gender. Contrary to popular belief, one does not have to change their physical appearance or attributes to qualify for the definition.

“At first I used to go as a lesbian, but that identity didn’t sit well with me as it didn’t align with how I felt internally,” Daniel explains.

Meeting more people from the LGBTQ community helped him realise he was far from alone. But that still didn’t counteract how he was received by the wider world.

“Externally I looked like a female but internally I felt more male. I didn’t acknowledge my female counterparts that were assigned to me,” he says, indicating his chest. “Every opportunity I got I’d strap them down.

“Even though I was dressing as a male, it didn’t feel enough. I was going through a lot of self-stigma; some days I didn’t have the energy to get up.”

In early 2020, shortly after arriving in Antigua where he has relatives, Daniel began hormone replacement therapy which involves having testosterone injections every three weeks.

“Taking hormones made me feel more accepting of myself. It was like finally releasing that little boy inside me,” he says.

Finding the right doctor to help start the journey was a feat all of its own; several said they lacked the experience to be able to assist.

Finally, a local female GP agreed – but not before a string of blood tests and a deluge of questions to ensure Daniel had the emotional capacity to cope with the changes ahead.

“She seemed to have a lot of knowledge about it,” Daniel says. “She had helped transwomen before but never a transman.”

The effects of the testosterone were fairly fast.

“Within two weeks, my skin started to feel really hot, like a hot flash – that was the worst bit. Then my voice started to crack, I grew more body hair, and started to get hungry a lot.

“Now when I go to the barber, I tell him not to touch my facial hair,” he laughs.

He does plan to eventually have surgery too but says he’s not going to rush it, preferring instead to enjoy the process.

Daniel was initially in Antigua on vacation but when the March 2020 lockdown came into effect, he found himself unable to leave. Over the last year he has made a life here and is keen to help give greater visibility to the somewhat muted local LGBTQ community.

“A lot of people in Antigua are not familiar with transmen. I have not met any while I have been here, and I have only met three transwomen,” he says. “The community exists; you just don’t really see them.

“The hardest part of it all is being away from home. I am really close to my grandmother and not having someone close to me to help me through the process is tough; many days I would find myself crying,” he imparts.

Daniel says his parents accept him for who he is and he keeps in regular contact with his mother via frequent video calls.

“Since I transitioned, the love is still there,” he says. “In fact my mum and me are even closer than we were before; she calls me her son.”

Colleagues at Daniel’s workplace where he’s employed as a data entry clerk have also witnessed his physical metamorphosis.

“When I first joined, they’d ask me if I was a tomboy – I said yes to begin with,” he recalls. “I gradually started to disclose who I was and tell them, as my facial hair started showing, that I was a transman.

“I started to think, why should I hide who I am to fit in? I was living a lie.”

“Some asked if I was hermaphrodite or intersex – I have had to give definitions on a lot of terms.

“I also had to explain the difference between a transman and a lesbian; I told them lesbians don’t feel male internally. Transgender people often go through self-shame and dysphoria,” he says, referring to the psychological distress that results from an incongruence between one’s sex assigned at birth and one’s gender identity.

Undoubtedly, Daniel’s genial personality has set him in good stead.

“At work I’m always smiling and laughing. People can’t hate you when they get to know you as you are, rather than as a gender,” he says.

“Several of my coworkers asked me how I wanted to be addressed; 75 percent are happy to call me ‘Mr’ or ‘sir’ and acknowledge me how I present myself.

He continues, “It shouldn’t matter to anyone else how I live my life; it’s easy for people to hate what they don’t have knowledge about.”

Hailing from the country which once had the dubious distinction of the world’s highest suicide rate, Daniel is acutely aware of the need to ensure good mental health.

With a BA in social science, he plans to eventually become a social worker to help more young people struggling with life’s travails.

Asked what advice he has for others battling issues of identity, he’s circumspect before responding.

“I would tell them you don’t have to force yourself to come out of the closet. There’s no rush to come out. Get to know you first; that’s the most important thing,” he says.

“Everyone is different – research and experimenting are good.

“The hardest step is being true to you. I first had to come out to myself before I did socially. I used to care more about how others saw me.

“If you have self-love, nothing anyone else can possibly tell you can hurt.”

Much of the criticism levelled at the LGBTQ community purports to be on religious grounds, a notion Daniel scoffs at.

“Everyone has to answer for themselves. How do they know how God created me? I tell them he created me in His own image.

“Some people say having kids before marriage is a sin. I’d say judging people is also a sin.

“I do go to church and I believe if I was doing something wrong I’d have gone to hell already,” he adds.

Speaking frankly to Observer as part of the #BeYou campaign, Daniel shunned the offer of using a pseudonym.

“Speaking out is a way for those in the LGBTQ community to know there are people out there like them in Antigua – and to let society know that no matter how much you disrespect or discriminate against us, we are here to stay,” he says.

“All we want is to be accepted and loved for who we are. I am 100 percent happier, more confident and bold in my own skin now than ever.

“I love me – and that’s something nobody can take away from me.”

If you are affected by the issues raised in this article, contact action group WAR for support by emailing [email protected] or calling +1 268 721-5553.