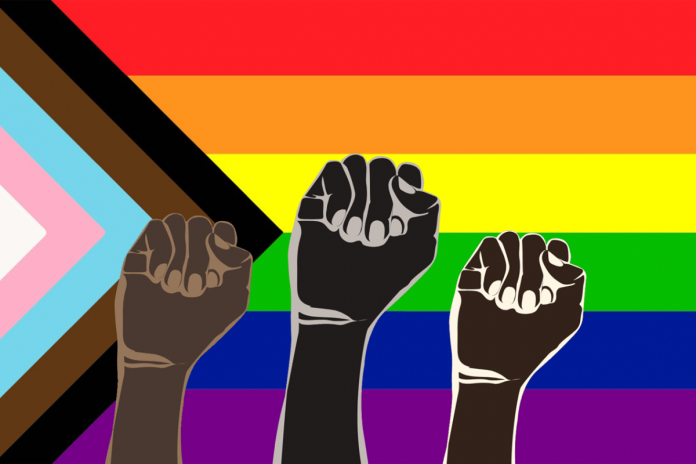 Too many young people are still suffering stigma and self-shame due to their sexuality or gender nonconformity.

The #BeYou campaign aims to put a spotlight on LGBTQ matters with a series of stories from local people courageous enough to share their personal journeys with the public – in the hope that others will be spared their pain.

Because LGBTQ rights are human rights.

The #BeYou campaign is part of the DECIDES Antigua and Barbuda project, implemented by Interarts and Women Against Rape, in partnership with the University of the West Indies Open Campus and Observer NewsCo, and co-funded by the European Union.

This week’s interviewee is a psychology major who identifies as a non-binary gender. Depending on the day, he uses the pronouns they/them or sometimes he/him but his sexual orientation is gay. For the purpose of sharing this story, we will refer to him as Arthur (not his real name).

Arthur is 30 years old now but he says he knew he was not like the other boys from the age of three.

“I didn’t hate playing with toys, like trucks and so on, but I also liked dolls … I don’t think I ever wanted to be a girl, I was just not a tough boy growing up and I didn’t try to be anything other than,” he says.

Growing up in a traditional Caribbean household, playing with dolls was a cause for contention in his family but, after continued verbal scolding, they eventually left him alone.

He says strangely, at the age of four, he felt no attraction towards girls and felt that “something was definitely different” about him.

He was teased throughout primary school and was bullied in his formative years at the Antigua Grammar School – an all-boys school.

“It reached a point where they actually called me ‘it’. It was quite mean to be honest – they said they can’t tell if I was a girl or a guy because I looked androgynous,” he recalls.

Ironically, Arthur says, there was touching because “guys do those things apparently”.

Though he doubts that they will admit it now, he says some of the guys who would tease him would secretly try to “do things” with him.

It was not until age 15 that Arthur says he finally mustered up the courage to admit to his male best friend that he was gay. To his surprise, his friend, whose parents were pastors, was accepting of who he was.

“I think I told him in fifth form, the very last year of school, and they [school mates] would have seen certain things, certain actions and behaviours throughout the four years, so he wasn’t surprised.

“His mom and I got kind of close and eventually I did tell her. She seemed sort of accepting – I didn’t get a whole lecture on ‘God thinks it’s wrong’ surprisingly,” he shares.

Although not as close as they used to be, Arthur says they are still friends.

In fact, he says if it was not for the secondary school he went to, he may not have made a lot of male friends – something he is thankful for.

‘They’d hope that you’d grow out of it’

It was at age 17 when Arthur told his family that he was gay.

He told his younger sister first. She seemed accepting of him. On the other hand, he has never admitted this to his brothers but he says they know.

“My family, they know of me but sometimes I feel like they don’t truly accept me, they just tolerate me,” he says.

His aunt, he continues, as if to say she already knew, told him that she realised he was different from a young age.

“My aunt is more accepting and socially aware of the things you should say – like what’s acceptable and what’s not,” he explains.

But his brothers, he says, tend to make homophobic jokes when they are around his mother. He says his mother knows of his sexuality but refuses to acknowledge or talk about it.

Although he doesn’t like it, Arthur doesn’t say anything to avoid creating an argument.

At school, he and his friends formed a safe space where they would share their challenges and questions, but some topics, he says, had to be whispered just in case.

While others around him may have been seemingly accepting of his sexual orientation, it was in college when Arthur himself started embracing the person he continues to identify as 13 years later.

He would be less depressed because he had come to terms with it, and acknowledged that he was not weird nor was he the only one who felt the way he did.

He tells me, “American media helped; social media helped. It was during the early stages when it helped … and I was always excited when I met someone in Antigua who was like me.

“I have a very small circle, very supportive; I talk to them about any and everything.”

‘I have made some good friends but …’

However, even inside the LGBTQ community, there are confidence struggles like any other group of people.

Arthur relays his experiences with people whom he refers to as “bitter” and “selfish people”.

“They’re angry, they’re jealous … I’ve had people not like me because of how I looked. Two persons actually said to me, I cannot be your friend because you’re my competition,” he explains.

His biggest surprise though, is rejection from people of his generation and younger who continue to perpetuate negativity and stigma towards the LGBTQ community in Antigua and Barbuda.

“It surprises me when it’s someone younger or my age because I just thought we were more open-minded as opposed to our parents and grandparents but that’s not always the case,” he says.

For now, Arthur avoids crowds because he says he doesn’t know how people will react to him in public.

“Going out makes me anxious,” he remarks, telling me that he often enters a room guarded and cautious.

The discrimination he felt applying for jobs likely contributed to his reserved character, as he shares being turned down numerous times – and not because he wasn’t qualified for the job.

‘Depression is so prevalent; a lot of young people are depressed’

Arthur hopes to one day become a psychologist for people who identify as non-heterosexual.

“There are some who are genuinely depressed and they’ve said to me that they actually don’t know where to go, who to turn to,” he says.

He too sought the services of a psychologist when he was not in a good place mentally and had to hold back a lot of information because he felt that he would be judged for his lifestyle.

“I think she tried to remain unbiased and to remove personal biases but that wasn’t always the case, so I said, I’m not sharing this, it’s just not happening. So, I know a lot would not probably be comfortable speaking with a straight older person,” he explains.

Arthur says the community, like himself, also fear that in such a small society, information divulged in confidentiality would get revealed to others.

“You don’t have to say much for people to realise, oh, I think they’re talking about John,” he adds.

‘Gay rights are not separate from human rights’

Among the changes Arthur wants to see is the removal of the buggery law which criminalises sexual intercourse between two men or two women in Antigua and Barbuda.

Arthur makes the case that it’s not being enforced in the twin island state nor is it a law in the United Kingdom anymore.

He also wants law enforcement officers to be trained on how to properly deal with the LGBTQ community when they report cases of violence and abuse.

“They do not take matters of LGBT seriously at all. I’ve had friends being ridiculed when they give reports of sexual assault or otherwise,” he says.

“Are you sure that’s what happened and you didn’t just agree to it” – those are some of the remarks made when he says he or his friends file a report.

Outside of that, he advocates for fair treatment in the workplace and for people to recognise that gay rights are not separate from the rights that other people enjoy.

“I think legislation or policies need to be put in place with regards to workplace discrimination. I’m speaking from personal experience; that really affected me. I’m sure it’s affecting other people. “We have to survive; we deserve the same opportunities,” he insists.