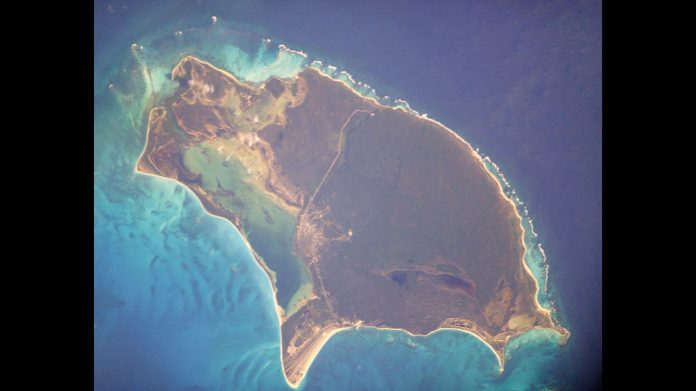 Scores of Barbudans attended a town hall meeting on Tuesday evening to hear the next steps being taken ahead of the land case set to be heard by the Privy Council on May 3.

The meeting was hosted by leaders of the Barbuda People’s Movement (BPM)-led Barbuda Council to explain to residents on the sister isle why the fight for land rights in an international court could be pivotal to their future.

The case against the government was mounted following the passage of the Paradise Found Act 2015 which nullified critical sections of the Barbuda Land Act 2007 that spoke to ownership of land on Barbuda.

The Privy Council hearing will be the final stage in a long-running legal battle by some Barbudans to retain the isle’s centuries-old system of communal land ownership.

The BPM’s Mackenzie Frank began the meeting by detailing the history between Barbuda and central government over land from 1985 to the present day.

Frank said the BPM has been predominantly leading the charge to retain lands in Barbuda for Barbudans in common, and he asked Barbudans to support the movement, as funds are now being raised to take the fight to the court in London.

“We believe that our rights should be protected by the Constitution, and these are property rights, and therefore you cannot remove them unless you have consent. We are very hopeful that the people in the Privy Council will listen to our arguments,” Frank said during the meeting carried live on the Barbuda Channel on Tuesday.

Frank told residents that information received by the BPM suggests that six judges will be present to hear the matter.

Member of Parliament for Barbuda, Trevor Walker, also spoke highly of the Privy Council, noting that the people of Barbuda will not be waiting long for its judgement.

“I believe that we have used the courts to a point where this particular case is going to determine what happens going forward in terms of how we get certain things back under control.

“The good thing about the Privy Council is that it takes an average of three months to make a decision, so we’re not going to be around waiting for a year, two years, five years, to hear what it would have decided on the matter,” Walker said.

The floor was opened to residents, who commented on a need for unity and togetherness on the land issue as in the past, and they decried political interference of any kind in Barbuda.

Around EC$170,000 is needed in legal fees, according to Walker, who was unable to say how much money has been raised thus far.