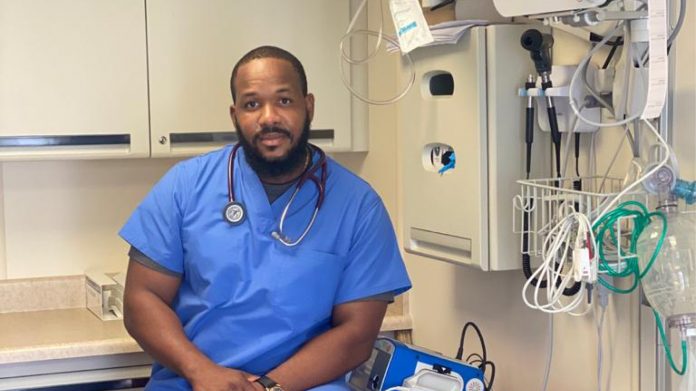 Resident doctor on Barbuda Jeremy Deazle admitted that he “did a little dance” as he confirmed that the sister isle officially has zero active Covid-19 cases.

Dr Deazle told Observer that the battle may be won but the war is far from over – warning that there is no room for complacency, despite the encouraging reports.

“We have reached the ending phase of this particular wave of the Delta variant. In Barbuda we have zero active confirmed cases, no one in quarantine, no one in isolation,” he said.

Residents are still encouraged, however, to follow protocols including social distancing, washing and sanitisation of hands and the wearing of masks.

“We continue to conduct random testing in people with flu-like symptoms…So far, so good. We are hoping we can keep it this way,” Dr Deazle said.

“Right now, school is opening up so our target now is on the school kids to ensure those who are within the eligible ages are immunised with the Pfizer vaccine. Things are moving smoothly,” he said.

Education, according to Dr Deazle, is the driving force behind vaccination, saying that the dissemination of accurate information is working among students eligible for vaccination.

“Education is what will compel persons to get their vaccines. We definitely try to be vigorous in educating parents about the vaccine and its importance. We say to them that we are living in a pandemic and vaccination is the solution to bring an end to [it],” Dr Deazle said.

He said parents in Barbuda have been “forthcoming with their kids”, trusting in the medical team that the decision to vaccinate students is the best choice.

“We have to make sure the kids are healthy and the academic year can return to its normal glory and kids can return to face-to-face learning as it should be,” he added.

Dr Deazle also spoke about the issue of vaccine hesitancy, which he said has been on a downward spiral over the past few weeks, again attributing the turnaround to education and information.

“The hesitancy is definitely dropping; enlightenment with education is bringing a silver lining,” Dr Deazle added.

Meanwhile, four new cases of Covid were reported in Antigua in the latest dashboard released by the Ministry of Health on Saturday night, representing a steady decline over the past few weeks.

The country currently has 134 active cases of the virus. To date, almost 51,000 people have received two doses of a Covid jab, while just over 6,000 have had an initial dose only.