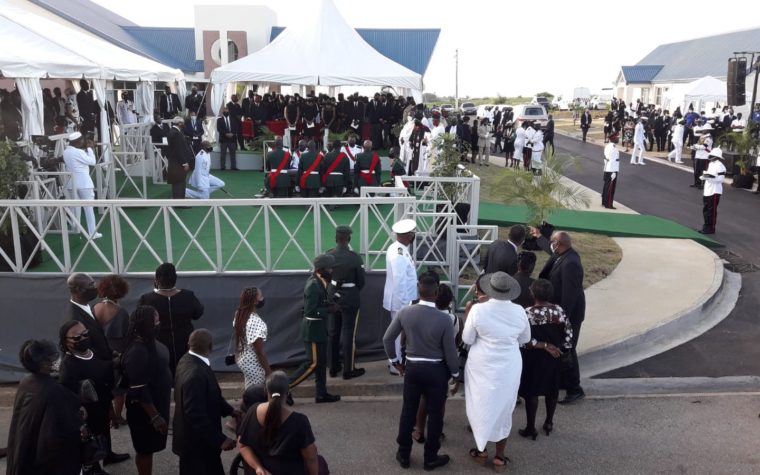 The 70-year-old Arthur, the longest serving head of government, who served as prime minister between 1994 and 2008, was laid to rest at the Mount Pleasant Memorial Gardens, a  26-acre cemetery in the constituency of St. Peter’s which he represented in Parliament for nearly four decades.

The body of the former prime minister had earlier laid in state at the Parliament Buildings on Wednesday and Thursday. The casket, draped with the Barbados flag, was closed according to Arthur’s wishes.

An emotional Prime Minister Mia Mottley in paying tribute to her “mentor” and predecessor, said “there is no one who has ever met Owen Arthur who could ignore his presence”.

Mottley, who served as attorney general and held other cabinet positions in Arthur’s government,  told the congregation that included Governor General Dame Sandra Mason, cabinet ministers as well as representatives of Caribbean Community (CARICOM) governments, the diplomatic corps that Arthur’s intellect was large and his personality complex.

“He was fiercely competitive, whether in politics or dominoes or cricket. This should be no surprise to us for his initial defeat by one vote was quickly transformed into a victory and the start of a distinguished parliamentary sojourn in the House of Assembly,” she said, adding that the economist was “consumed by politics and policy”.