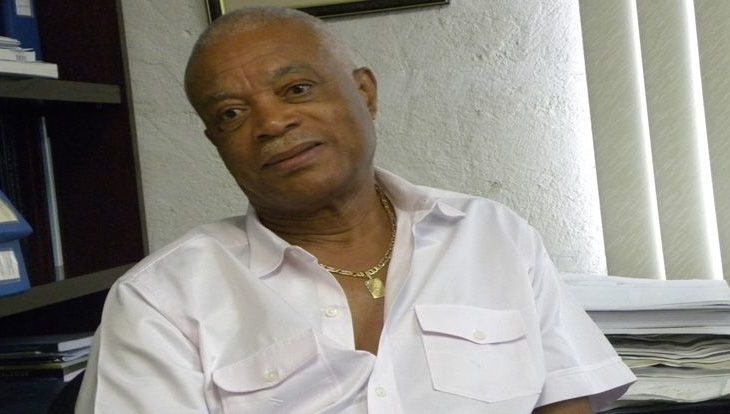 (Barbados Today) – Eleven years after the collapse of CLICO International Life Insurance Company and the loss of millions of dollars in policyholders and investors’ money, its executive chairman Leroy Parris is being questioned by police.

Police spokesman Acting Inspector Rodney Inniss confirmed today that Parris was in custody being questioned in connection with “a matter” under investigation.

“A further update will be provided, should there be any further developments,” Inniss added.

Head of the Barbados Investors and Policyholders Alliance (BIPA) June Fowler said this evening she was shocked when she learnt about the developments.

Fowler told Barbados TODAY she never thought the former CLICO boss would be called to give account for matters relating to the demise of the insurance company which resulted in her and scores of others losing their hard-earned investment.

“I think it is almost like an anti-climax. After 11 years, it is something that we never expected. But, we will wait and see the outcome before we start to celebrate anything,” the BIBA Chairperson stated.

“When I heard the announcement…the breaking news, I actually thought that he had died. So as I listened, I thought ‘oh my God, this is actually happening.’ I was shocked, because really, like everything else in Barbados, nothing happens.  There is usually talk and there is innuendo and there is rumour, but things like these don’t ever…there is no follow through.,” she declared.

In 2009 after CLICO collapsed, it was placed under Judicial Management with the Judicial Manager taking action to recover $3.3 million paid to Parris via another company.

In 2018 Barbadian policyholders finally saw the back of CLICO.

Since that time, policyholders had been receiving their monies back following a multi-million-dollar Government bailout of CLICO.

In March 2018, the Court of Appeal issued an order unfreezing $4.5 million in assets belonging to the former CLICO boss and his Branlee Consulting Services.

Parris was in court for the decision, which was immediately welcomed by his legal counsel Hal Gollop, QC, who pointed out to Barbados TODAY that the High Court had earlier refused to unfreeze the funds belonging to the former CLICO International Life chairman.

Justice William Chandler had issued the freeze order in an ex parte hearing on January 27, 2015. The action was filed by CLICO’s judicial manager Deloitte Consulting Limited against Parris and Branlee Consulting Inc.

The claim also named the estate of late Prime Minister David Thompson, represented by his widow, Mara Thompson, the executrix, as a defendant in the matter.

The order stated: “If Leroy Parris [the first defendant] and/or Branlee Consulting Services Inc [the second defendant] fails to comply with the terms of this order, proceedings may be commenced for contempt of court. The first defendant and second defendant may be liable to have an order of sequestration made in respect of his/its or their property, and in the case of Branlee Consulting Services Inc any of your directors may be sent to prison.”

The decision in that matter came amid ongoing payouts to the 15,000 policyholders and investors of CLICO, ending over eight years of pain and suffering by those who had invested their hard-earned money in the Trinidad headquartered life insurance company.