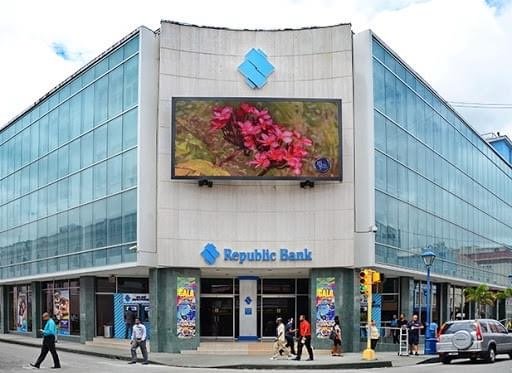 (Barbados Today) – Republic Bank’s Broad Street branch said today it is to test its staff again for COVID-19 after a customer who visited the branch last week tested positive for the viral illness.

So far, a first batch of tests done on Wednesday have come back negative for the potentially lethal virus.

The bank is to complete a second round of testing on Friday on the advice of the Ministry of Health, the bank said.

Republic said in a statement: “Upon the advice of the health authorities, arrangements were made for all staff at the branch to be tested.

“Testing is being done in two batches, with the first set of staff tested on Wednesday 27th and a final set scheduled for Friday 29th.

“We are very happy to report that all the tests completed on Wednesday were negative.”

Testing was extended to any staff member who was in the Broad Street branch during the last two weeks, it said.

The bank gave an assurance to staff and customers that every precaution has been taken to ensure their safety. This includes the enforcement of strict measures.

The statement continued: “Republic Bank’s security personnel have worked assiduously to ensure that all customers entering the bank are fully compliant with our hygiene protocols. Masks must be worn and physical distancing rules maintained.

“We will continue to strictly enforce our hygiene protocols and be guided by the expertise of our public health officials.”

The development comes as the Ministry of Health recorded the fourth straight day of no new COVID-19 cases.

The Best-dos Santos Public Health Laboratory performed 163 tests yesterday, bringing the total number of tests carried out to 5,201 – roughly two per cent of the population.

No one was released from isolation today so the number of isolated patients remains at nine.

So far, seven people have died from 92 people who have been confirmed with the viral illness, and 76 have recovered.